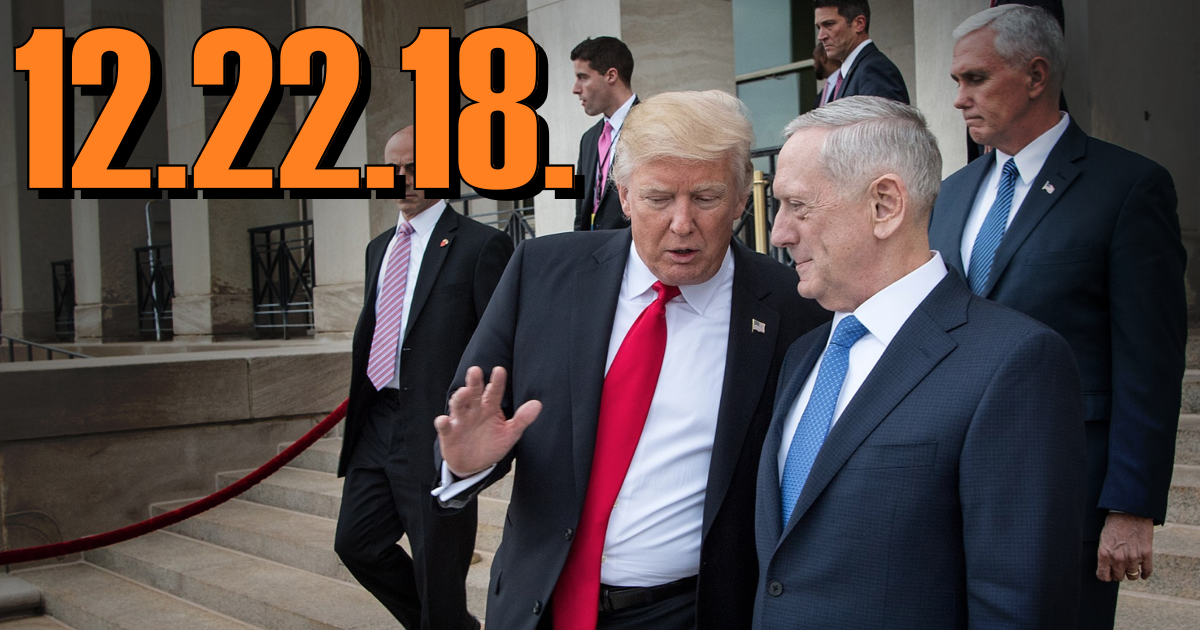 This week on Middle Theory, we look at Trump’s sudden decision to withdraw troops from Syria, and the resulting resignation of Defense Secretary Jim Mattis.

They say things happen in threes… and for the third time this year, a partial government shutdown has occurred. This occurred largely due to a failure between Trump and Congress to find agreement on proper funding allocation for his controversial “border wall” between the United States and Mexico. However, looking more deeply at the situation, what were the reasons behind Trump “doubling down” on the border wall issue? We find a surprising link to talk radio, and one of its most controversial icons in our search for answers: Rush Limbaugh. We also look at the bombshell revelation that a former reporter for Der Speigel and one-time recipient of a CNN annual award fabricated elements of as many as 14 stories during his tenure with the publication. Fake news, anyone?

Then later in the program, we look in-depth at Trump’s abrupt decision to withdraw U.S. forces from Syria, which came to the surprise of U.S officialdom, as well as world leaders like Turkish president Erdogan and Russian president Vladimir Putin, who largely approved of the decision. Meanwhile, stateside there have been a few unusual critics of the move, which included political commentator Noam Chomsky, who argued that the U.S. should remain in Syria to protect Kurdish forces there. We examine the history of the conflict and the Kurds’ role in it, as well as a comprehensive analysis from various media sources which shows both the legitimacy of such concerns, but also as The Atlantic put things, how media bias is perpetuating the “forever war.”