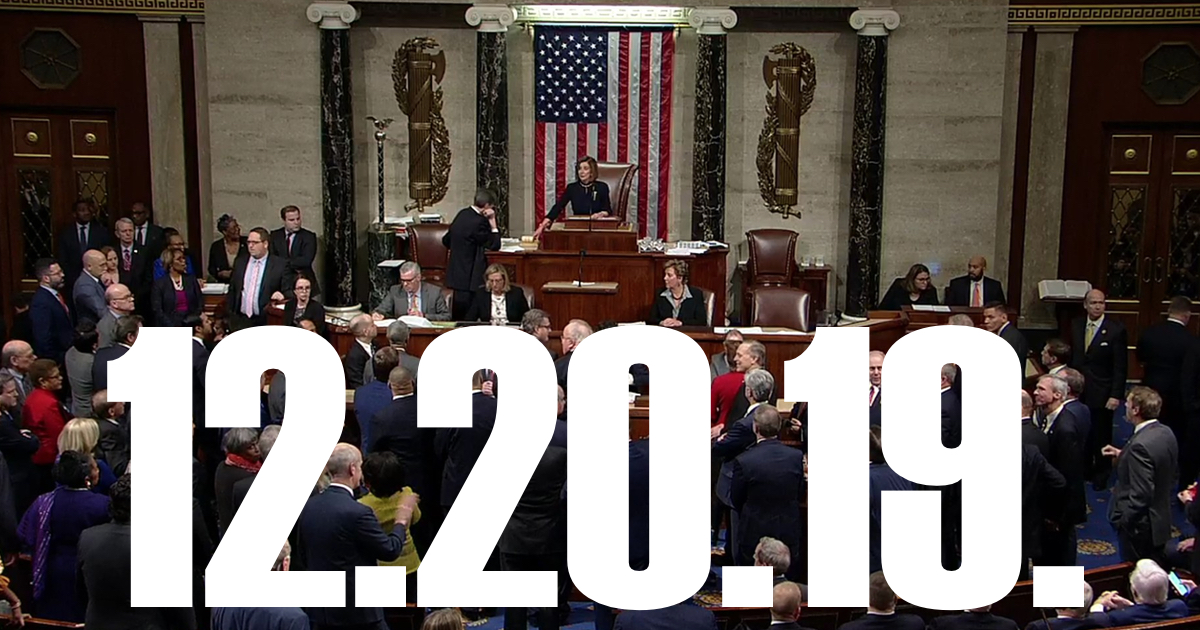 This week we examine the historic impeachment of Donald Trump, activist Greta Thunberg’s selection as TIME “Person of the Year,” and Boris Johnson’s election win in the UK.

While Micah has been traveling in Europe, things have been business as usual back in the States, with the latest installment of the Star Wars film franchise arriving in theatres (and being outshined by its serial counterpart, The Mandalorian, on Disney’s new streaming service). We also have the final Democratic debates of 2019 exiting on a bang, and controversies surrounding Bernie Sanders’ endorsement–and then retraction–of Young Turks host Cenk Uyger in California.

Also in big news this week had been TIME Magazine’s selection of climate activist Greta Thunberg as the 2019 Person of the Year, which had President Donald Trump up in arms, and taking to Twitter (as usual). Hilarity ensured on late-night television, as rival comedians borrowed jokes from each other (or not?) to create eerily similar skits making fun of the entire affair.

However, the biggest story of the week, and perhaps the entire year of 2019, involves the historic impeachment of Donald Trump, marking only the third time in American history that such a formal impeachment has occurred. However, now that Articles I and II have passed the House, will they ever make it to the Senate? Serious questions linger as to what the next move by Nancy Pelosi and House Democrats will be… and looking back across the pond, Boris Johnson’s big win in the UK has many US politicians asking whether Trump’s reelection won’t be almost inevitable, despite the ongoing impeachment process.

What does Johnson’s win mean for Brexit, and for the future of the UK, and does it foreshadow the outcome of the 2020 election in the US as well?