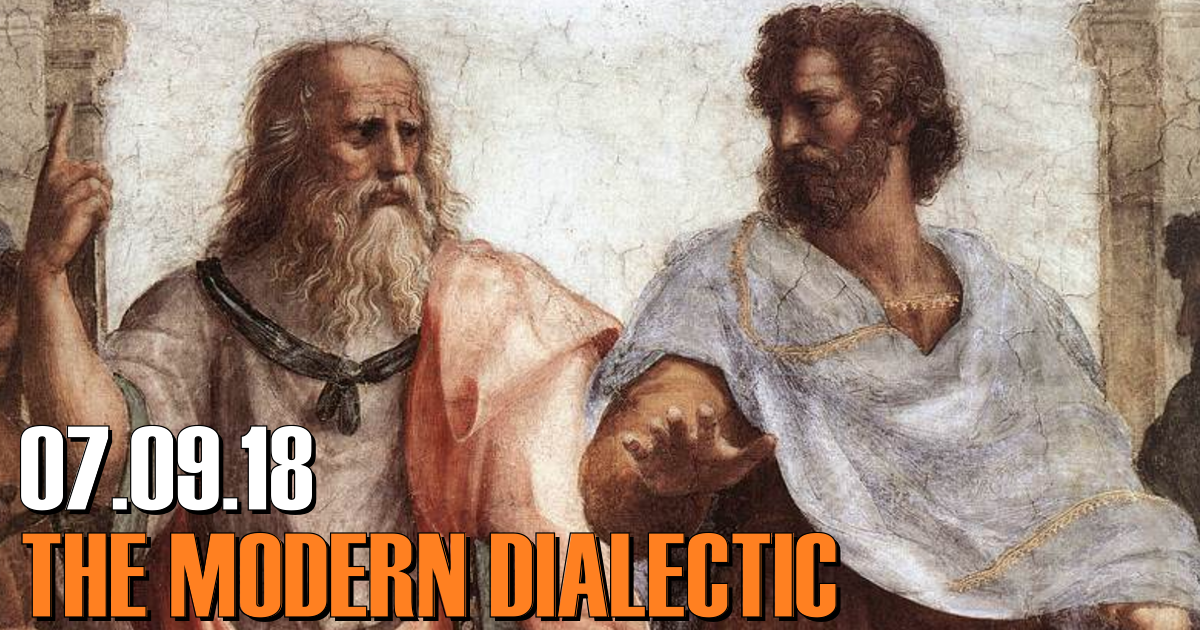 This week on Middle Theory, we address issues in the ongoing “Modern Dialectic” that include the death penalty, philosophy in American education, and the announcement of Donald Trump’s latest Supreme Court pick.

Kicking things off this week, the ongoing saga of YouTube call-outs and rebuttals takes the center stage, as Joe Rogan appears to somewhat regretfully respond to Alex Jones’ recent accusation that the powers that be have “gotten to him,” and hence (in Alex’s mind) why the conspiracy host has not been invited back on Rogan’s podcast. Rogan has a history of pointing out the absurdity of the notion that such “disputes” require constant responses and rebuttals, as featured in his conversation with Ana Kasparian from a few years back.

We then turn our attention to the recent news that six members of the Japanese Doomsday cult Aum Shinrikyo were recently executed, along with their leader, following decades of imprisonment after their participation in what is arguably the worst act of terror on Japanese soil in modern times. Some human rights advocates, including members of Amnesty International, have argued that the sudden implementation of executions under Japanese law presents cause for concern, as they differ greatly from standards in other modern democratic societies (namely the United States).

Then later in the program, we feature audio from a wide-ranging discussion Micah had with some friends of the Middle Theory program, which includes our friend Steve Reginer (aka “Grimsteak”), who along with James Cruz hosts the Cruisin’ with Steak podcast. Also joining the discussion is our friend Taylor (aka “Aldon”, as he will be known to some listeners of the Middle Theory program), and together with the Crusin’ crew, we discuss issues that range from education to politics, Micah’s advocacy for knowledge and discussion of climate changes (and understanding the science behind what effect humans are having on our environment), and even our mutual love for books.

Then in the final minutes of the program, we are able to catch the live announcement of Donald Trump’s Supreme Court Pick of Brett Kavanaugh, a decision that will inevitably be met with derision and hostility. While Mr. Oakley argues that he is the more moderate pick, some are concerned that Kavanaugh will actually “gut Roe vs Wade,” and that he is really anything but a more moderate-leaning conservative judge… an issue that will no doubt arise again in future discussions on Middle Theory.