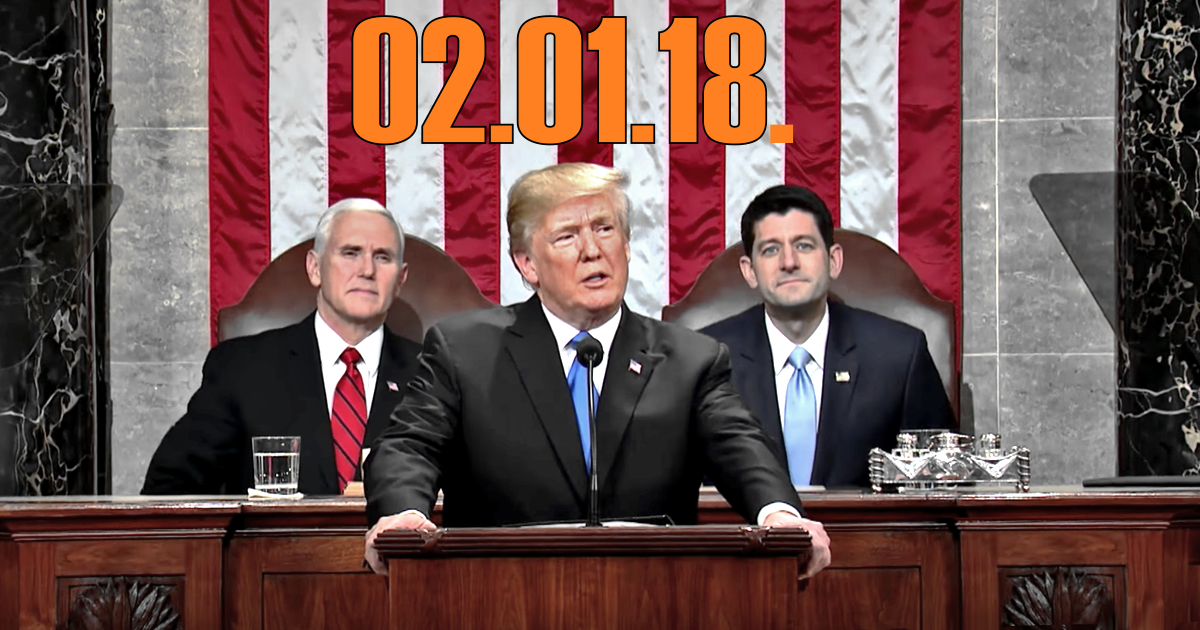 This week on Middle Theory, we examine Trump’s first State of the Union address and the double-standards within politics and the entertainment industry.

This week sees another installment of the upcoming Water Wars that the world is going to eventually face, caused in part by bottling companies and their massive, and oftentimes illegal/unethical, extraction of groundwater with zero to minimal compensation to the community around them. The focus in this opening segment is on April 16, 2018, what is being called ‘Day Zero’ in South Africa. This day, or shortly before it, is when Cape Town (population 4,000,000) is predicted to completely run out of water, becoming the first modern metropolis to face this dire scenario. Don’t worry though, Coca-Cola is there to provide relief.

From water to martinis, we moved into a short discussion of Frank Sinatra, gin, and spirits in general. Chris mixes a dry gin martini on the air, while Micah (with his preference for peat moss ) pours a Guinness.

Unfortunately, the conversation had to move from classical music to modern music, as the socio-racial implications of last week’s Grammys were discussed. There is quite a bit of controversy around some of the snubbed artists.

Following the Grammys, we get another update on the 1 October shooting in Las Vegas, as an accidental release of information reveals the identity of another person of interest in the case. Beyond that, there’s an update on the records side of things as a District Court judge ordered the Clark County coroner’s office to pay $32,000 in legal fees for not releasing the autopsy of Stephen Paddock yet, and demanded the immediate release of the report. What’s going on here?

Moving to the middle of the show, there was an Ordination at hand, as the princely support of Thomas Dow Jr. earned him an induction into the World’s Most Secret Society, with the title of Alchemist of Algorithms.

The second part of the show dealt with President Trump’s State of the Union address; the truths, the stretches, and the reactions. Interestingly, Bill Nye, oftentimes maligned by a particular MID co-host for his dubious socio-political interpretations of science, has caught fire and fury from certain groups on the left for attending the address. Guilt by association.

The show is closed out with another guilt by association topic: Oprah Winfrey’s associations with a number of high profile alleged sex abusers in Hollywood. Despite quietly ordering a reprint of her latest book which removes Russell Simmons’ excerpts, she still has a lot of photographs over the years with people on the #metoo Most Wanted List. The problem is that Oprah has not been derided as tacitly approving of the abuses in the entertainment industry, despite appearing comfortable with many powerful men with hundreds of allegations against them. Why then is Bill Nye in trouble for attending a State of the Union address?