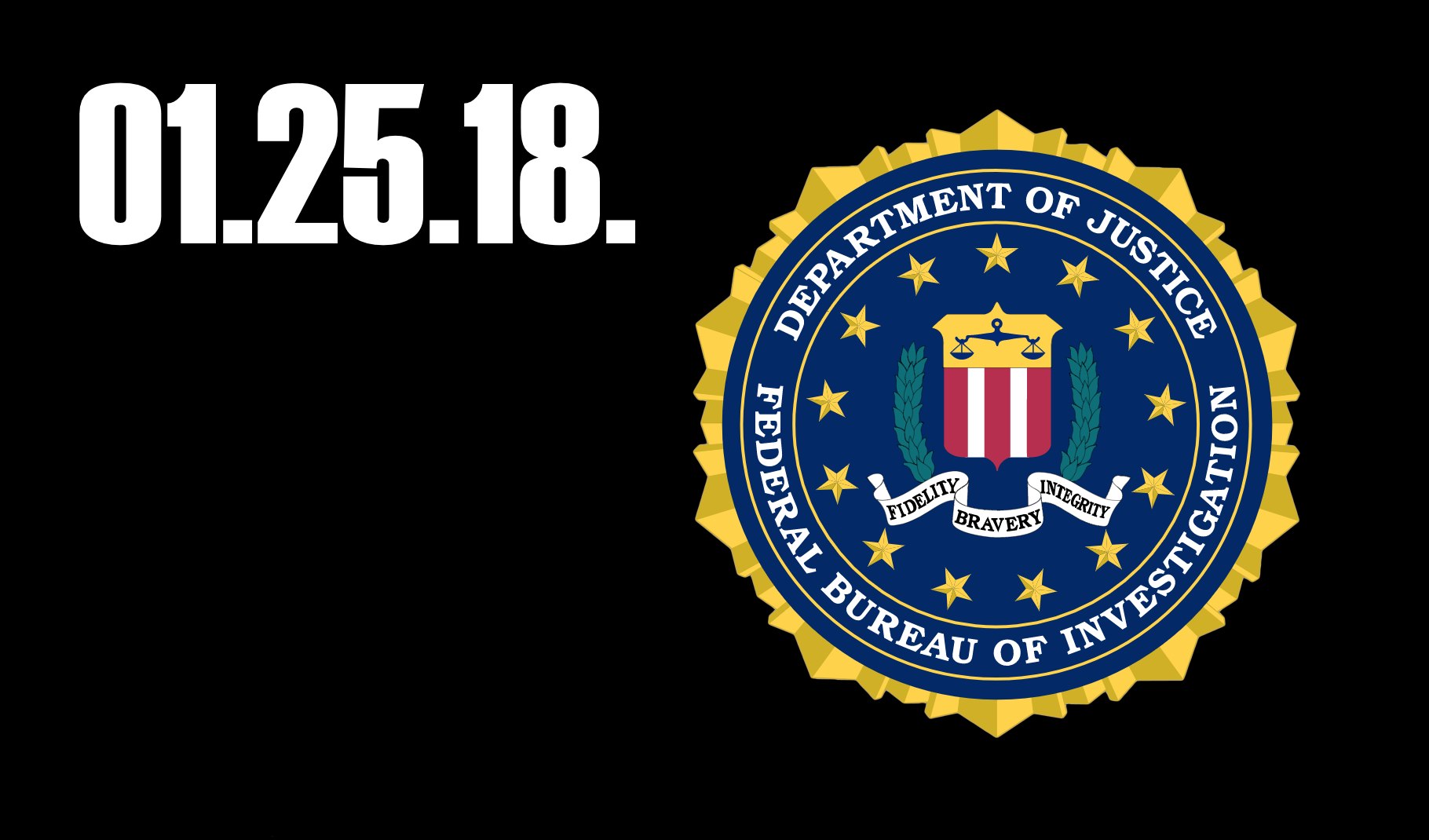 On this week’s edition of the program, the Sentinels here at MID have recently been provided with information by Twitter regarding Russian influence in US election campaigns. While their vigilance is to be appreciated, we noticed that the email did not say which account Middle Theory had been following, or interacted with otherwise, that was ID’d as Russian propaganda, making things a bit nebulous, though no-less interesting.

Elsewhere, a preliminary report on the terrible Las Vegas shooting of October 1, 2017 has been released; we look at what we’ve learned since its release, and the bombshell admission that the FBI believes “another person of interest” may indeed be at large, with further details pending.

Elsewhere, Larry Nassar has been sentenced to up to 175 years in prison for his 20-year reign as chief child molester for Michigan State University, and the U.S. Olympic Gymnastics team. In the wake of the scandal, the MSU President resigned, and blamed people for scapegoating her in her resignation letter; also, Michigan State may now be facing an NCAA inquiry.

In an unrelated development, reports now indicate that Julian Assange’s health may be in “danger,” mentally and physically, according to his doctors. And in tragic news out of Kentucky, a High School shooting that occurred this week left two dead, and at least 18 injured; we’re interested (and concerned) to see how soon before people say it’s a “false flag” or something similar… also, reports of Tamiflu being linked to young children experiencing “psychological side effects” have a number of parents concerned this flu season.

Getting to the heart of the conversation, news this week suggests that an FBI ‘Secret Society’ met the day after the election… this, according to thousands of new Strzok-Page text messages, which reference a “SECRET SOCIETY” within the DOJ and FBI, which purportedly is working against President Donald Trump.

Finally, we provide an update on slavery in Libya: Videos have surfaced on social media of Sudanese migrants being tortured by Libyan slavers, in a bid to extort money from families. And to end on a more positive note, Bernie Sanders has reportedly summoned advisers to discuss a potential 2020 run… early, yes; but high hopes continue to linger.