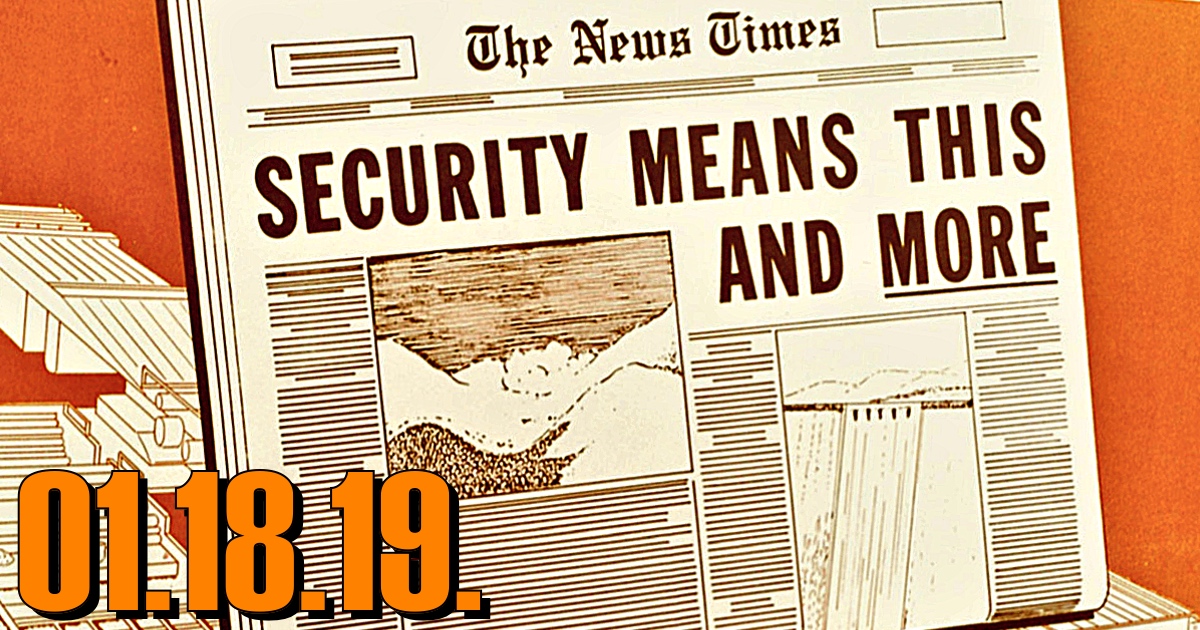 This week we look at the history of government secrecy since the end of World War II, the reasons for it, and the role of the press and other organizations in promoting transparency.

On this historic day that marks the signing of the Treaty of Versailles, here in the present day, the U.S. government has now been shut down for a month, and as the stalemate ensues, Trump and House Speaker Nancy Pelosi have played tit-for-tat in a back and forth that is beginning to look a lot more like a game of tug-o-war.

Meanwhile, the Atlantic carried a controversial cover recently with the words, “IMPEACH” emblazoned across the page; it’s been on many people’s minds, with the subsequent appearance of a Buzzfeed report that suggests evidence that Trump directed his attorney Michael Cohen to lie to Congress (NOTE: since this podcast aired, Robert Muller and his team have disputed the factual basis of Buzzfeed’s report). We take a look at the history of impeachment and its basis going back to England, in an effort to find whether there are indeed legal grounds for the discussion in the present day.

Our focus for the latter half of the program is the subject of secrecy, and its many manifestations in government, as well as its forms, both warranted (necessary secrecy, which protects the national interest and the citizenry), and unwarranted (secrecy which aims only to protect the interests of those in authority, and works against broader transparency). We begin the discussion by looking at a recent response to an FOIA request filed by Steven Aftergood with the Federation of American Scientists, which seemingly details a DIA list of “products” associated with the Advanced Aerospace Threat Identification Program, otherwise known as the Pentagon’s “UFO” study program. Avoiding the sensational fact that the Pentagon had been studying unusual aerial phenomenon, we look at the way politics might have played into this study and the history of “earmarks” among those in Congress who helped fund the program. The new FOIA release gives us an excellent perspective in relation to “secret” government studies (which were kept out of public awareness previously but remained “unclassified”), and the FOIA process as carried out by advocates of transparency.

We then turn our attention to the broader history and rationale for secrecy in the United States since the end of World War II, with reference to Daniel Patrick Moynihan’s excellent study of the subject, Secrecy: The American Experience. Finally, we examine the concept of secrecy in the Trump era, and whether we have a President who can be trusted with national security secrets (especially with his propensity for firing off on Twitter). Finally, secrecy occurs in many different shapes and forms, and is not solely exclusive to government: we look at similar questionable use of secrecy by the court system, as well as law enforcement in recent news.

As an Amazon Associate, Micah Hanks earns from qualifying purchases.