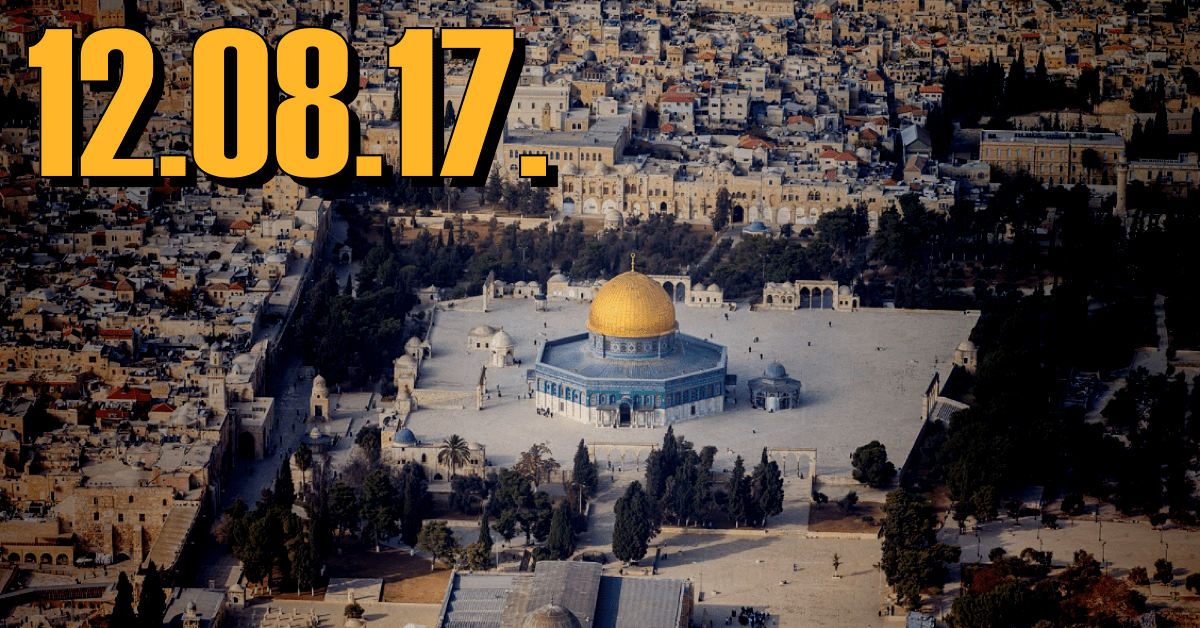 This week, we discuss the recent decision by President Trump to recognize Jerusalem as the capital of Israel, which has been met with controversy and debate by the international community.

As the Christmas season ensues, we begin with a discussion of holiday decor, before we dive into the news, which includes discussion about Corey Feldman’s 1993 audio files shared with the Santa Barbara County Sheriff’s Office, where he named the alleged sexual predators that accosted him. The files, now finally recovered, are purportedly in the hands of the Los Angeles Police Department… we also touch on a new report released about the Charlottesville protests earlier this year, and a tragic police shooting that went horribly wrong.

The big story this week, however, has to do with “The New Jerusalem”… and President Donald Trump’s decision to recognize Jerusalem as the capital of Israel, which has caused a storm of controversy within the international community. Will the longer lasting repercussions of this be as dangerous as many are reporting, or will it be comparable to Ronald Reagan famously asking Mikhail Gorbachev to “tear down this wall”?