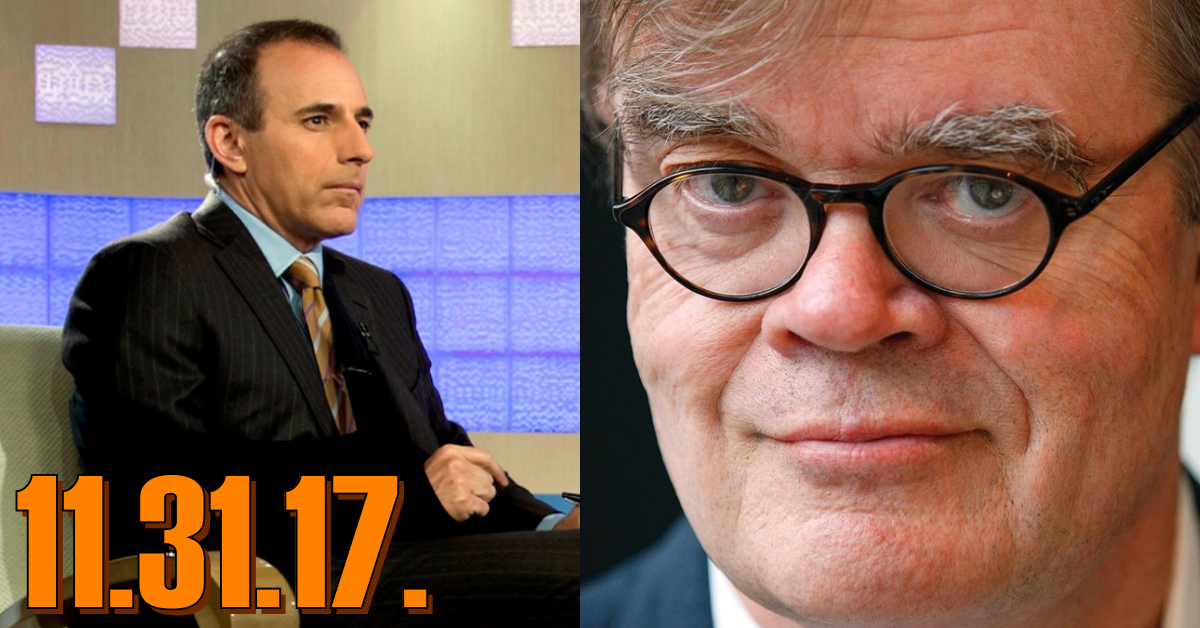 This week on Middle Theory, in an ongoing “purge” of sexual offenders within the media and entertainment industry, allegations against anchor Matt Lauer and radio host Garrison Keillor take center stage.

On this week’s edition of the program, we discuss everything from the new Netflix series, “The Punisher,” and the social commentary appended to it, to recent concerns following a Mac OS update, and what science has to say about men with beards (in these concerning times, a little humor is necessary, we think). Then turning our attention to North Korea and the recent launch of an advanced missile by the rogue nation, we look at this, as well as reports of defectors, and one of the most widely publicized (and sad) instances of escape from the country in recent memory.

We then turn our attention to the allegations against Lauer and Keillor, as well as other names in media and entertainment. Looking back in time, renewed interest in similar allegations against Geraldo Rivera has been fueled by a controversial interview between Barbara Walters and Bette Midler from years ago. We also hear about an assault victim–and her attacker–who have co-authored a book and given TED talks about the myths and realities of sex assault. Finally, new FBI documents tell of interesting new details pertaining to the Sandy Hook Elementary School shooting, and the motives of shooter Adam Lanza.