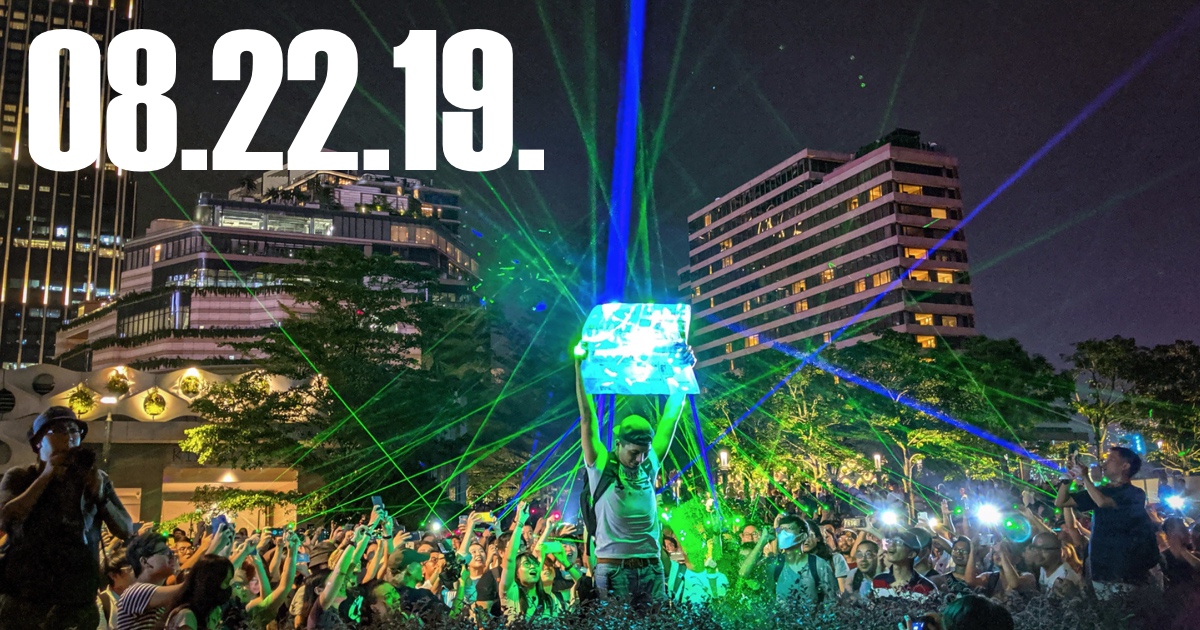 This week we look at how the tech industry is reshaping the military-industrial complex, Jeffrey Epstein’s bizarre transhumanist beliefs, and the recent riots in Hong Kong which China has compared to “terrorism.”

“In the councils of government, we must guard against the acquisition of unwarranted influence, whether sought or unsought, by the military-industrial complex.” Thus were the famous words of former U.S. President Dwight Eisenhower, who warned about such cozying-up of industries to the military and other government institutions. Hence, should we be concerned about Silicon Valley’s recent deals with the DOD, amounting to a $10 billion dollar contract that may be awarded to Jeff Bezos and Amazon?

Elsewhere, we look at the “serious irregularities” that were occurring at the New York correctional facility where sex offender Jeffrey Epstein recently committed suicide. As questions continue to be asked about his death, new information about Epstein’s bizarre transhumanist beliefs has emerged, which includes his aspirations to use his DNA to “seed” future generations of humanity, with the help of high-profile members of the scientific community.

Then turning our attention toward matters a bit further away, the recent riots underway in Hong Kong have resulted in political and economic turmoil, as well as allegations from mainland China that have likened the activities of some of the protestors to “terrorism.” We look at all of this, as well as similar comparisons being made between American protest groups and the action of terrorists, on this week’s podcast.

To send us feedback, you can email us here. Also, follow Middle Theory on Twitter too… this is highly recommended, and may even be vital for some of you. Finally, as mentioned earlier, some may be further compelled to donate to the program, which helps keep ads for survival gear, water filters, male enhancement supplements, and do-it-yourself earthworm farming kits off the program.Ba

Image of Hong Kong protestors (above) by Studio Incendo via Flickr, 2.0 Generic (CC BY 2.0).