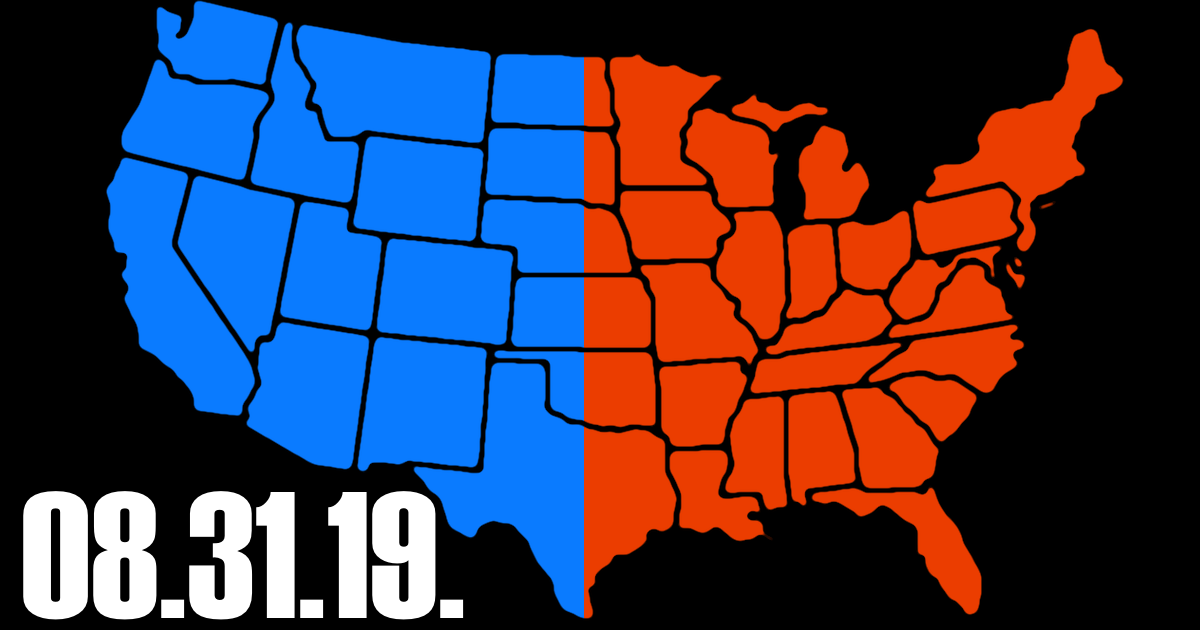 On this edition of the program, we look at what ratings tell us about who Americans are paying attention to in the media, and how controversial reporting along partisan lines keeps us divided, and may mislead the public.

With Hurricane Dorian on its way toward the Carolinas, we lead off with news of a bizarre stabbing at a California correctional facility, involving Sirhan Sirhan, the man serving a life prison for the assassination of Bobby Kennedy. In other news, Trump recently Tweeted what many experts are saying may have been a screenshot he was shown of an Iranian launch site during an intelligence briefing.

Later in the program, we also look at Lawrence O’Donnell’s claims about connections between Donald Trump loans held by Deutsche Bank and Russian Oligarchs. Then, looking at a Mediaite report pertaining to television ratings, we see that Fox News hosts are continuing to hold their ground in the latest rating sweeps. This, even despite controversial statements made by Tucker Carlson, who dismissed concerns about White Nationalism as a “hoax” similar to that of Russia.

While we disagree with Tucker’s position, we also note the fact that both sides of the American media report on such issues with their own biases, which are often equally skewed and misinformed. We look at what Americans may really think about media personalities, and the variety of reasons that might account for the popularity of many Fox News hosts, and conservative media in general.