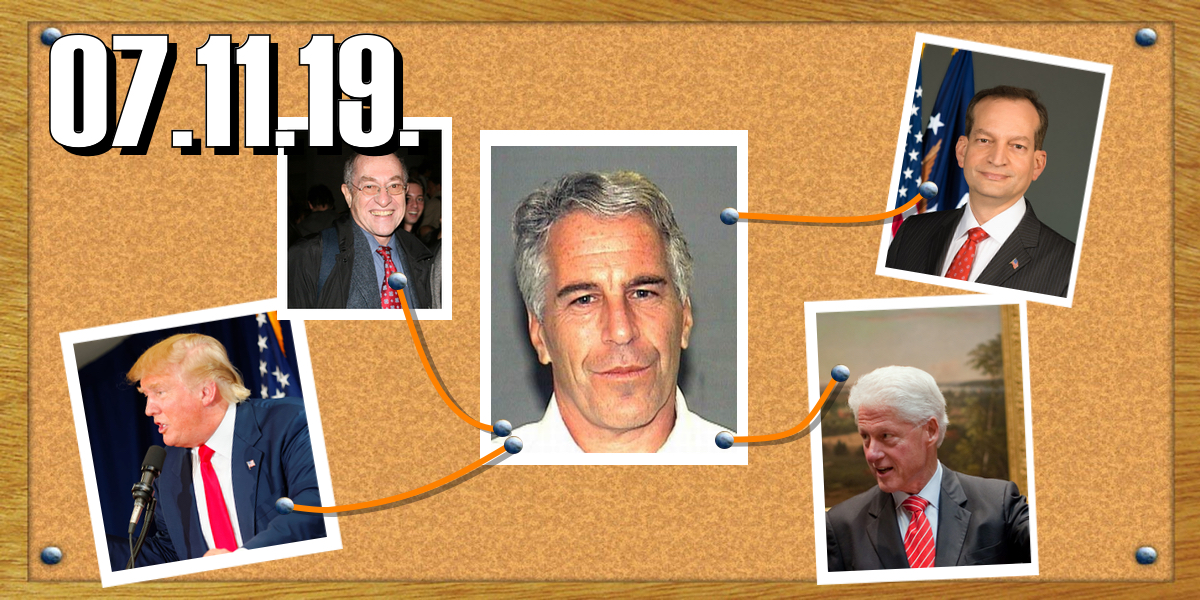 This week we examine information about the ongoing Jeffery Epstein scandal, which includes disturbing allegations about the Carribean island he owned, and his possible ties to intelligence agencies.

On this edition of Middle Theory, we lead off with an update on the mysterious “Shadow Brokers,” who began auctioning off stolen NSA technologies now used by hackers to hold hospitals, and even cities and local governments hostage with ransomware attacks. Has someone associated with the leak of this material been prosecuted?

We also touch on a new Yahoo News report that discovered links between the murder of Democratic staffer Seth Rich and a Russian propaganda effort, in addition to the ongoing saga of “Havana Syndrome,” and how some medical professionals refuse o acknowledge that the illness is, in fact, more than mere mass hysteria.

While the high-profile arrest of wealthy financier and sex offender Jeffery Epstein has been making the news the last few days, it’s baffling how many media outlets are skewing certain facts and information. We compare and contrast preferential treatment of some of the key players and connections by various factions in the media, before zeroing in on the most bizarre allegation about the sicko that you’ve never heard: that he “belongs to intelligence,” as allegedly stated by the former US Attorney and current Labor Secretary Alex Acosta. Additional disturbing details also recently emerged in an AP report about a Carribean island Epstein owns, which had a dark reputation among locals at nearby Saint Thomas. Is it really possible that there is more to the Epstein story than anyone may have previously been aware?