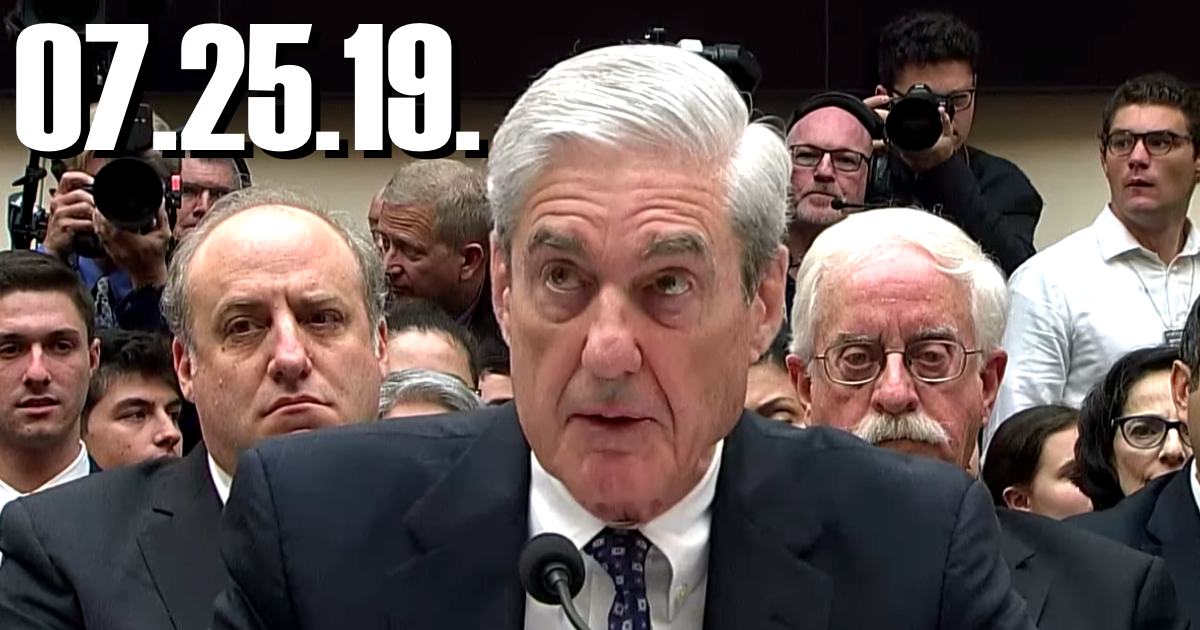 This week we analyze Robert Mueller’s “historic testimony” before Congress… which despite the continued partisan debate, turned out to be anti-climactic at best.

Is there such a thing as a universal truth? The question has been debated for centuries by philosophers… but what happens when people don’t actually want the truth? Arguably, most people would prefer to have a version of the truth that brings them comfort, rather than to actually know the “real” truth. With all of this in mind, we dig into hot topics this week, which range from Congress condemning recent “racist” statements by Donald Trump, to updates on a mysterious “emergency” reported by Vice President Mike Pence’s staff in recent weeks.

Then turning our attention to Robert Mueller’s long-awaited testimony before Congress, we look at how much has been taken by the punditry from what very, very little was actually said by the former Special Counsel during hours of testimony, which could be summarized succinctly as follows: can you repeat the question? We look at Mueller’s strategy, and how much really can be read “between the lines” from the few, mostly one-liners Mueller had to offer.