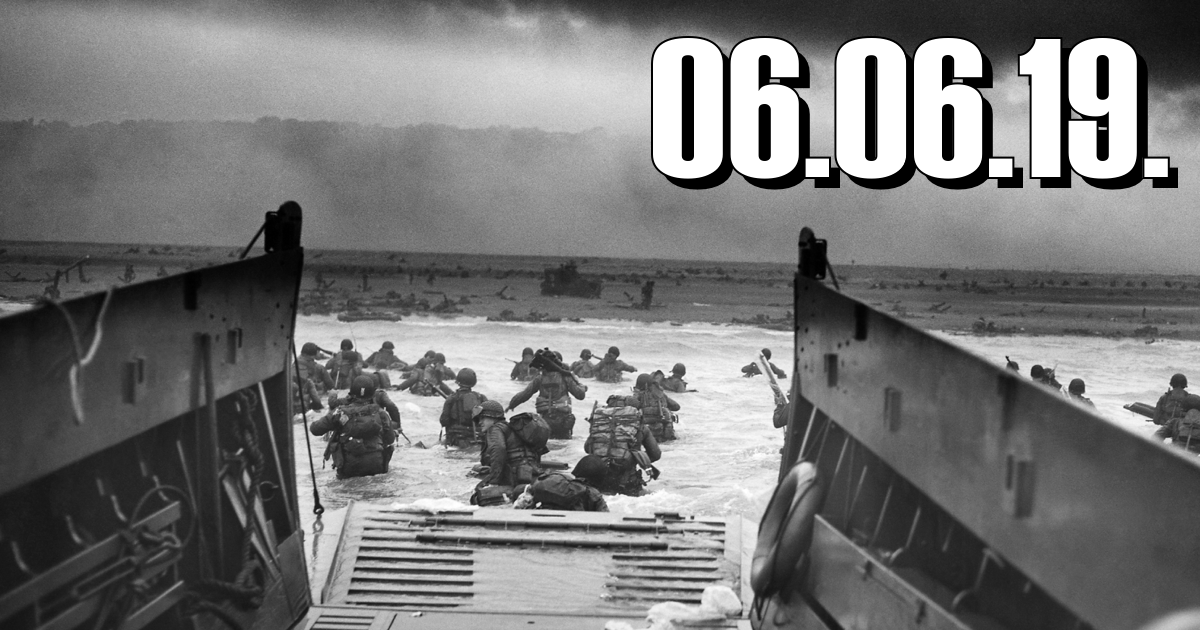 This week’s podcast looks at the 75th anniversary of D-Day and the beach landing at Normandy in 1944, the events of which dramatically shifted the outcome of the Second World War.

Leading off this week, is there a crisis of loneliness in America, and if so, how are changes in our culture and society affecting this? In terms of changes in cultural attitudes, Democratic front-runner Joe Biden seems to have been struggling lately with the shifting definition of “progressivism.” Is he able to meet the demands of a Democratic base that may see him as being less than what his campaign statements have claimed? We also take a look at YouTube’s recent decision to ban Neo-Nazis and Holocaust deniers, and why updating their policies is a good thing.

Then later in the program, we turn our attention toward the date in question, with the 75th anniversary of the Normandy landings on June 6, 1944. Officially given the codename “Operation Neptune,” the more commonly-known celebration of D-Day marks the largest seaborne invasion not just during the Second World War, but in all of history. The success of the operation not only spurred the liberation of then-German-occupied France, but also marked a turning point in the war that demoralized the German power structure, and ultimately led to the triumph of the Allied Powers.