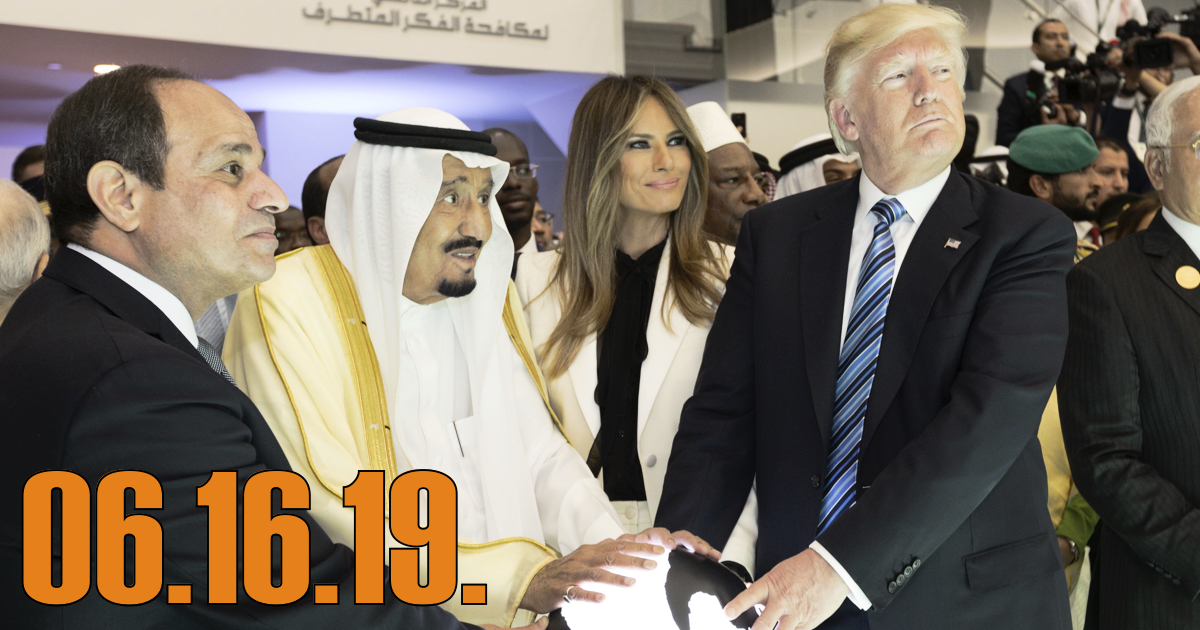 This week we look at a controversial arms deal with Saudi Arabia, for which Donald Trump is citing a “National Emergency” in order to bypass Congress.

Happy Father’s Day everyone… and as we lead off this edition of the program, we look at the recent raids that occurred with regard to journalists in Australia, which have many journalistic institutions deeply concerned. Ironically, one ABC reporter whose home was raided by Australian police was targeted over what appears to have been widespread surveillance programs instituted by the government.

We also look at the latest news pertaining to extradition attempts by the U.S. against former head of Megaupload, New Zealander Kim Dotcom, who famously claimed to have knowledge about the 2016 DNC email leaks. Dotcom’s bizarre claims of having communications that proved the involvement of murdered staffer Seth Rich only make the situation odder… especially since The Mueller Report and the Special Counsel’s findings appear to contradict Dotcom and Assange’s claims about Seth Rich.

Finally, we turn our attention to the controversial arms deal with Saudi Arabia proposed by Donald Trump, who is citing a “National Emergency” in order to bypass Congress on the issue. We look at the history of similar deals, the precedent for citing a “national emergency,” and why the idea of a Saudi arms deal is deemed politically unfavorable right now, both by Trump’s enemies, and even many of his political allies.