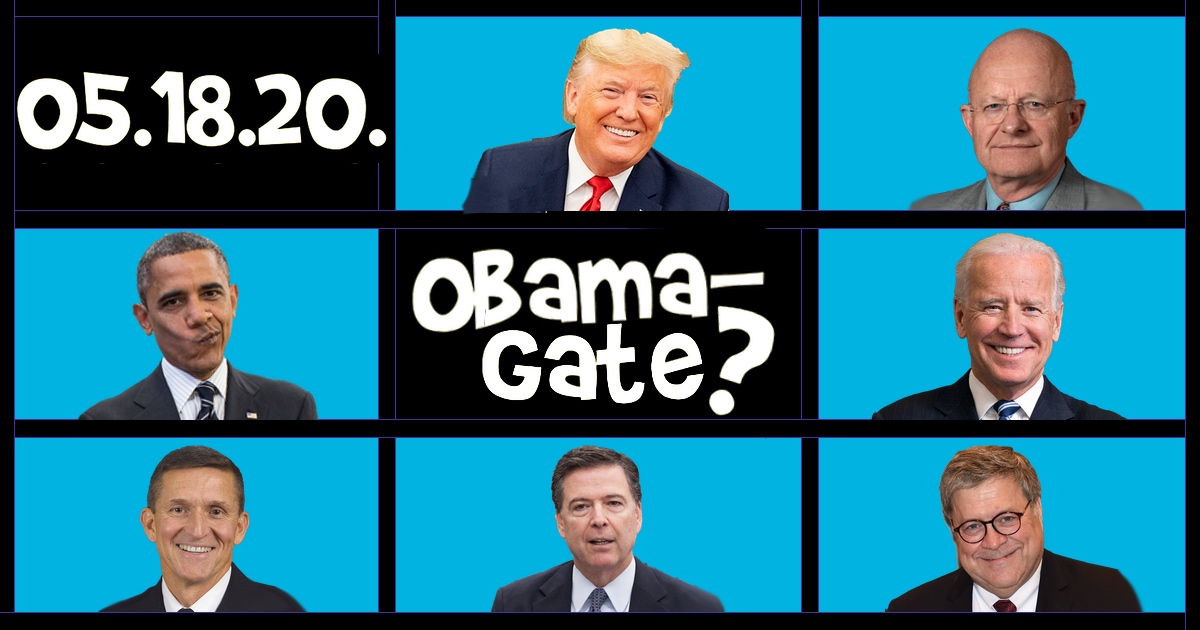 This week we look at the alleged “Obamagate” scandal, the claims behind it, what they actually mean, and the “righteous quibbling” that has resulted.

Finally… a distraction from the coronavirus pandemic worthy of discussion! As the Justice Department closes shop on its investigation of Michael Flynn, controversy erupts, and President Donald Trump has found a new favorite catchphrase: “Obamagate.”

On the political right, it has been called the “scandal of the century,” while the political left says there’s nothing to see here. Even President Trump, when recently asked what crimes, exactly, Barack Obama and Joe Biden are alleged to have committed, responded only by saying “Obamagate.” So who in Washington actually knows what this scandal is all about? We look at what newly released documents have to say about the affair, the precedent in the intelligence community for “unmasking” that makes it a more frequent occurrence than some are alleging, why William Barr says no charges will be brought against Obama and Biden, and other details of the controversy on this edition of Middle Theory.