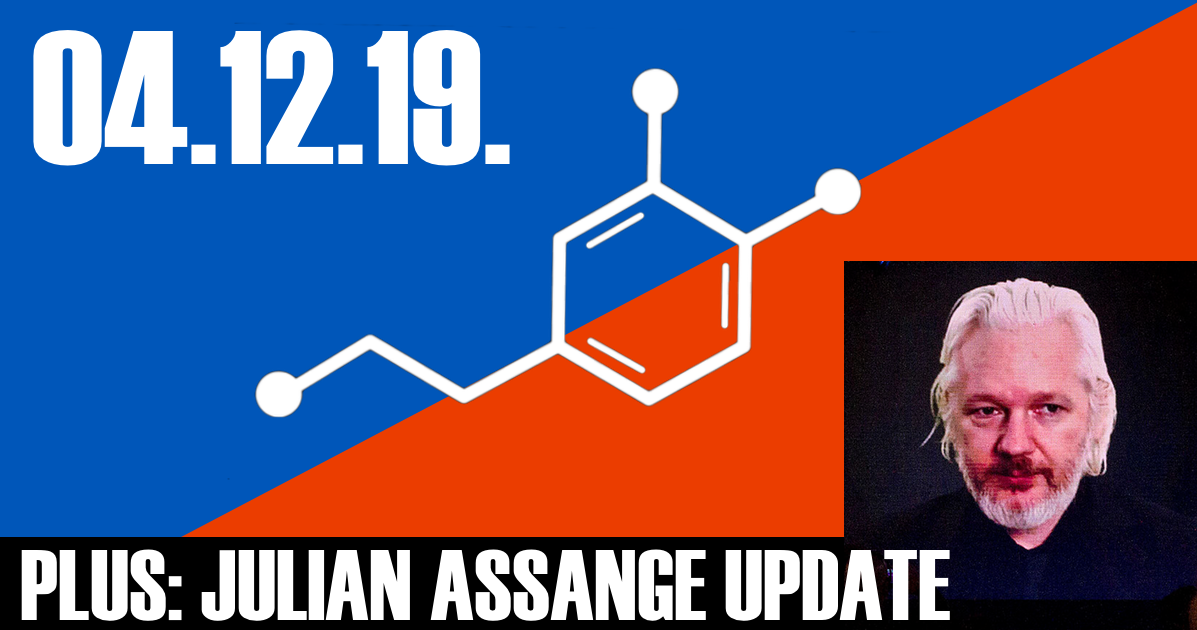 This week, after taking a look at the biology behind politics and partisan attitudes, we present an update on the recent arrest of Julian Assange on behalf of the United States.

We lead off with an election update… Israel’s election, that is, where Benjamin Netanyahu has performed well despite corruption charges. Also, the “secret life” of actress Audrey Hepburn suggests her past work as part of the resistance during wartime. Elsewhere, Covington High School student Nick Sandeman is pressing charges against the Washington Post, who argues that the charges should be dropped and that Sandeman (after allegedly receiving death threats following the incident) was portrayed largely favorably in the press (???). Sandeman was famously shown in video in Washington DC wearing one of Donald Trump’s red MAGA hats… and on the subject of that hat: Politico recently did an expose on the Trump team’s own bizarre “Secret Society”… about time he made one of his own (for more details, see the full show notes at the bottom of this post).

Then in the second part of the show, we are joined by Daniel Lieberman, MD, and Michael Long, authors of the book The Molecule of More, which shows a variety of ways the chemical dopamine affects human behavior. However, turning the discussion toward politics, we look at the role it plays in belief, ideology, and partisanship in politics, in a fascinating discussion about the biology behind political attitudes.

Then in an extended wrap-up segment, we give a complete breakdown of the recent revocation of asylum by Ecuador of Wikileaks founder Julian Assange, who was subsequently arrested by British police on behalf of the United States.