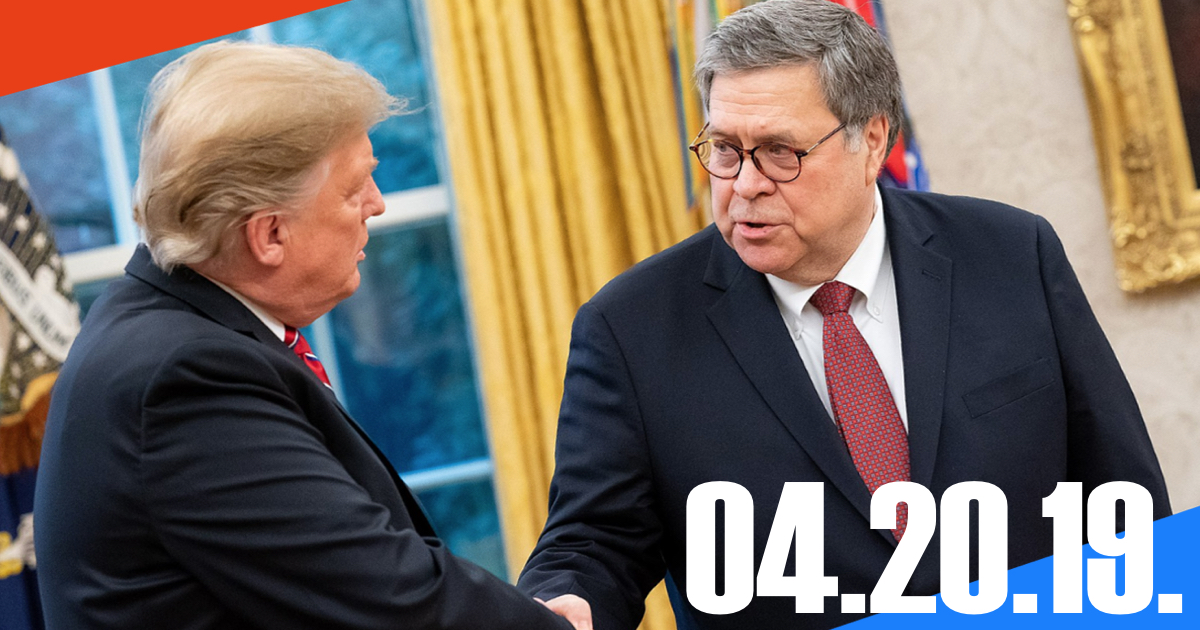 This week we celebrate 4/20 with a look at the political upheaval following Attorney General William Barr’s release of the controversial Mueller Report.

This week we lead off 4/20/19 with a breakdown of the latest statistics in relation to marijuana use in America, along with attitudes towards its legalization, and various stigmas that remain about it. We also examine the ways the Federal laws conflict with State laws with regard to marijuana, and what this means for proponents of legalization who would like to see state regulation and taxation of the substance. We also look at the latest updates with regard to the NXIVM cult, and how politically divisive attitudes are affecting late night television and its former stars.

Then getting to the MID, Attorney General William Barr’s recent press conference prior to the release of a redacted version of Robert Mueller’s controversial report on possible collusion with Russia during the 2016 election made waves this week, with many in the media calling for Barr’s resignation. However, was Barr really behaving more like Trump’s attorney, as some have suggested, or was he merely following the legal standards for the release and discussion of Mueller’s report? Finally, we see what Noam Chomsky has to say about the idea of Trump colluding with Russia, and whether the so-called “Witch Hunt” may have effectively handed Trump the election in 2020.