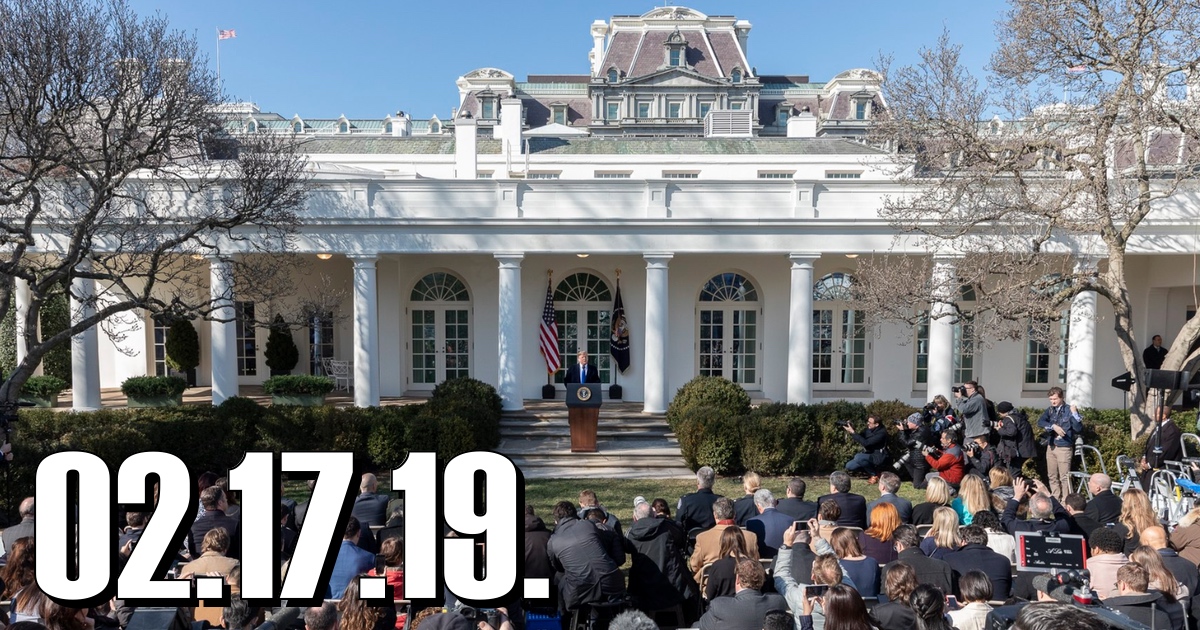 This week, we look at Donald Trump’s recent declaration of a National Emergency, along with the precedent for the decision, and it’s possible implications.

As we lead off, we ask, “how did things ever get so weird?” Although there are plenty of simple answers to this question, politically-speaking (especially in relation to Donald Trump’s presidency), could it be that there are actually deeper problems here? We also look at some of the tone-deafness shown by Elizabeth Warren, a 2020 Presidential Campaign hopeful, who recently was revealed to have exaggerated her Native American heritage (or lack thereof) on an application form a number of years ago.

Then getting to the MID, we shift our attention over to Donald Trump’s recent declaration of a National Emergency, as a means by which he can fund his border wall project. This has resulted in mixed responses from members of the House and Senate on both the political Right and Left, resulting in the House Judiciary Committee’s announcement about a possible investigation into Trump’s declaration of a National Emergency.

Finally, “Empire” star Jussie Smollett is in hot water after his claims of being a victim of a hate crime in Chicago now may be a proven hoax… what are the lasting implications of such a fraudulent claim? We look into all of this on this week’s edition of Middle Theory.