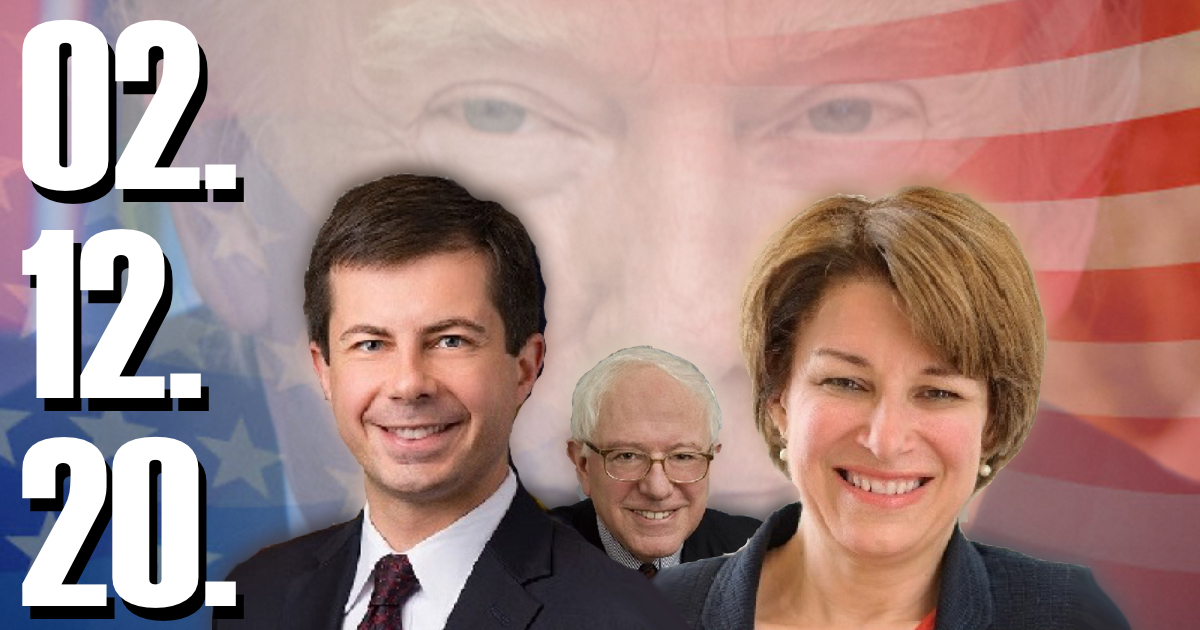 This week the mainstream media reports on the Democratic Primaries from an alternate dimension, and Trump takes a victory lap after his acquittal by Senate Republicans.

It’s a “2020 mystery,” according to Politico. “Who’s the frontrunner now?” the site asked in an article that prominently featured a wide shot of Mayor Pete Buttigieg. Things were less mysterious for Reuters, who reported that “Pete Buttigieg finishes second in New Hampshire primary, Klobuchar third.” Hmmm… are we forgetting somebody?

“They Rocked New Hampshire,” The Nation reported, “but Pete and Amy Still Can’t Win Over Black Voters?” What did all of these, and many other media outlets appear to miss in their reporting of the New Hampshire Primary? Oh yeah, that’s right… the name of the Vermont Senator who won it.

Meanwhile, “The Trump Show” continued before a live studio audience with the State of the Union address, which was packed with enough surprises and staged stunts that many of us at home expected Evel Knievel to rise from the grave and sail through the air above Congress on a flaming motorcycle. Needless to say, it was quite a production, which ended with a frustrated Nancy “The Ripper” Pelosi shredding her copy of Trump’s address to the nation. All of this occurring prior to Trump’s acquittal by Senate Republicans… with one notable exception of course (here’s a hint: he counts drinking chocolate milk among his many “renegade” practices).