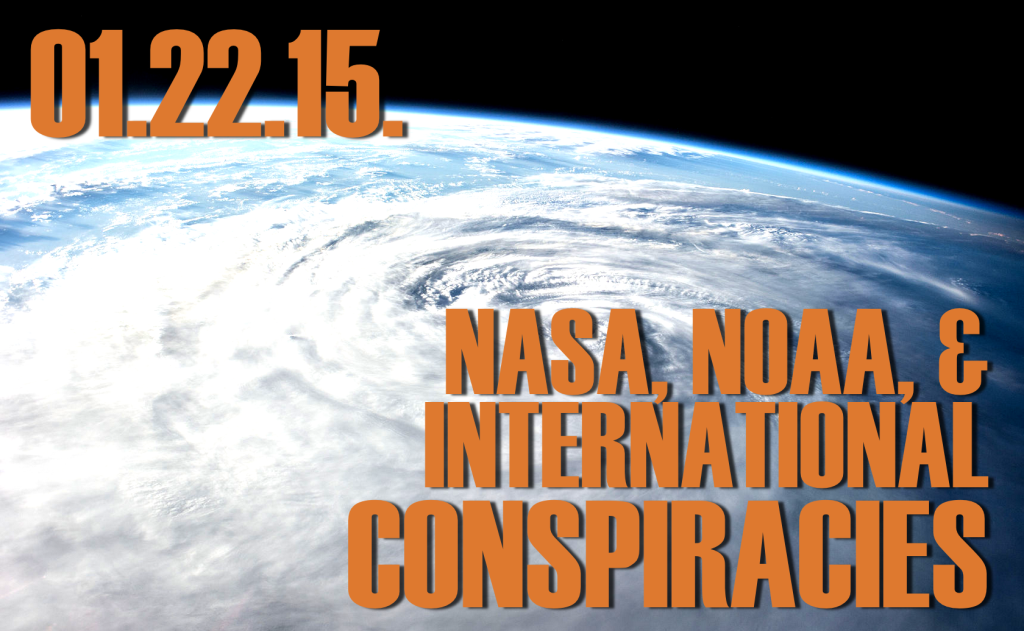 In other news, NASA and NOAA have been the center of attention lately in saying that 2014 was the hottest year on record.  However, following this official announcement, NOAA data was revealed the following day that says it’s “More Unlikely Than Likely” 2014 was really the hottest year on record. This, in our opinion does not “debunk” the claim… it does, however, show some of the bias in the way the media reports on these issues.

Elsewhere, Pennsylvania Politicians have coerced the NCAA into restoring Joe Paterno’s wins at Penn State following Sandusky fiasco… which has infuriated many (and rightly so). McNonymous gives us the details, before we look at the latest in the ongoing saga of the aftermath of Charlie Hebdo. Firstly, The Intercept asks, “were the shooters part of a global terrorist conspiracy?”  We also look at the claims regarding a “Sorcerer” who may have groomed the Paris shooters, which sheds light on phenomenon of radical Islam in French jails.

Also big news, the Argentine prosecutor who accused Kirchner of 1994 bombings was found dead… and days later, Argentine President Kirchner now says the prosecutor’s death was not a suicide.

Finally, Chad commits troops to battle Boko Haram in Africa, while this Op/Ed says to not blame Western Media for glossing over Nigeria, but to blame Nigerian government for being inept. We also discuss the Albuquerque DA who indicted police officers in the shooting of a homeless man, and the DA’s office immediately being shut out of subsequent police briefings on crime.

Join the Worlds’ Most Secret Society by supporting Middle Theory. Consider sending a DONATE or help out by Following us on Twitter and Liking us on Facebook.