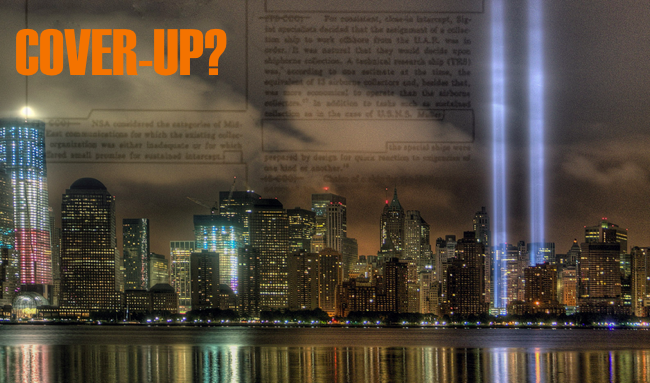 If one were to suggest that there are still questions that remain regarding the September 2001 terrorist attacks, they would be called a conspiracy theorist. If you were to go so far as to suggest that there was an obvious cover-up involved, which withheld information from the public at large that made clear connections between the attacks and a planned, state-sponsored act of war, some would call you delusional.

That’s not what several members of Congress think, along with a handful of others who have read a 72,000 word redacted portion of a classified document which seems to provide what has been called “incontrovertible evidence” linking Saudi involvement with the 9/11 attacks. Why is this information still being withheld, and why didn’t any of it make its way to the 9/11 Commission Report?

We also take a look at whether there could be another Edward Snowden, as well as Snowden’s Open Letter to Brazil, the CIA “Lost Spy” Scandal, and how it may point to cooperation between media and government intelligence groups, riots and looting taking place in Argentina while police are on strike, and much more.

Finally, McNonymous observes that Putin and Yukanovych have made a $15 B deal that brings Ukraine officially back into the Russian fold… is the Big Red Bear awakening from it’s Cold winter slumber?

This series of show notes and commentary were written on our trusty Texas Instruments desktop computer, circa 1976. They were then exported directly to cassette tape, and then somehow transferred into a useable format afterward by pure intervention from Der Gople’s divine gelatinous magic. You can help Middle Theory afford modern word processing software by supporting the program. Consider making a small donation to the podcast and help us bring you more of what you enjoy hearing from us each week. As always, you’re a Prince, and we love ya mucho.

Image courtesy of Wikimedia Commons, and newly declassified documents that revealed to the public what everyone suspected all along, but nobody in the mainstream really wanted to have to be the ones to say.