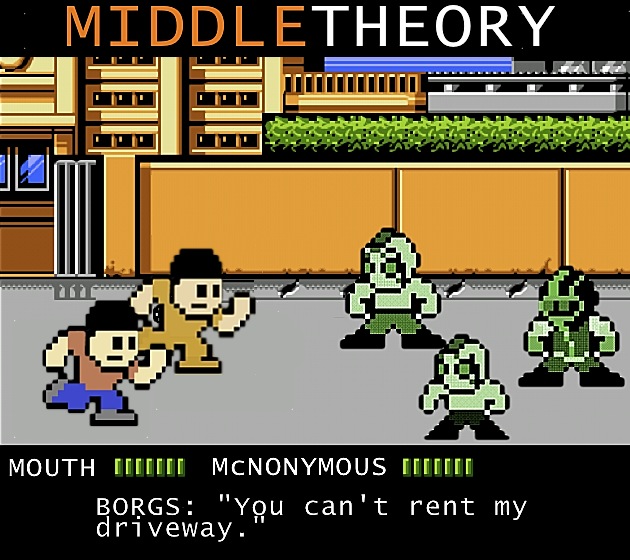 This week on Middle Theory, The Mouth and McNonymous kick off with a discussion about the shorthand language of The World’s Most Secret Society, as well as winter-proof cockroaches in New York, and why their most unique element is their genitalia. Then on to serious matters, we observe that the Obama Administration has changed their story about Barack’s uncle, with whom he lived for three weeks decades ago. Then we turn out attention to Edward Snowden, Guardian’s “Man of the Year 2013” for the second year in a row… and speaking of Snowden’s current eastern residence, we look at fallout in Kiev that transpired over the weekend, which led to the ceremonial toppling of a Lenin statue.

Our Big Story this week involves how intelligence agency spies are infiltrating Second Life and World of Warcraft to spy on you… but certainly not to play online RPGs while on the clock. We also tip our battlefield helmets to the new Legendary President of Kosovo’s Satirical Political Party. But before we wrap things up, it’s LA Confidential in real life, with the arrest of 18 Sheriff’s Deputies in conjunction with a conspiracy taking place among Los Angeles law enforcement.

Then again, it’s probably just another case of “No Conspiracy Theory”, isn’t it?

Special thanks to Kathy and Cathy, our latest inductees into The World’s Most Secret Society, whose kind donations bought The Mouth and Mr. McNonymous enough coffee to make it through another edition of the program. If you love coffee as much as we do, consider donating to the Cowboy Juice Fund and support Middle Theory.