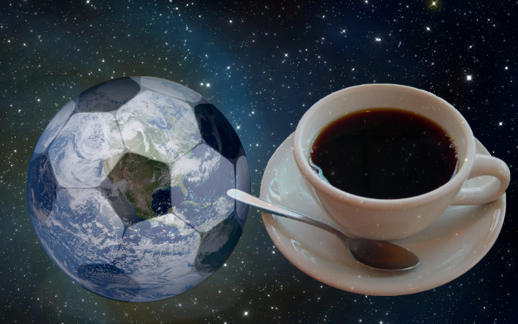 This week on Middle Theory, we kick things off with a discussion about the Internet Mystery that has the world baffled: For the past two years, a mysterious online organization has been setting the world’s finest code-breakers a strange series of problems… but to what end? Then it’s on to the terrifyingly simple code used for access to Cold War-era nuclear launch devices… was this bogus, or brilliant? And finally, in the early years after 9/11, the CIA turned some Guantanamo Bay prisoners into double agents then sent them home to help the U.S. kill terrorists.

Then, in anticipation of the FIFA World Cup Draw which will take place later this week, Mr. McNonymous shares his thoughts about the world’s most popular game of sport, and spends a segment looking at the implications regarding the 2014 World Cup, as well as its host country of Brazil.

This week’s edition of Middle Theory is sponsored by… well, listeners like you. Please help us out by supporting the cause and making a donation to the program.

And as always, comments and questions can be shared with us via email, or by following Middle Theory on Twitter. Middle Theory also has a Facebook Community Page as well… come like us, and follow the program within the single greatest repository for information collected by U.S. intelligence agencies anywhere on the World Wide Web!