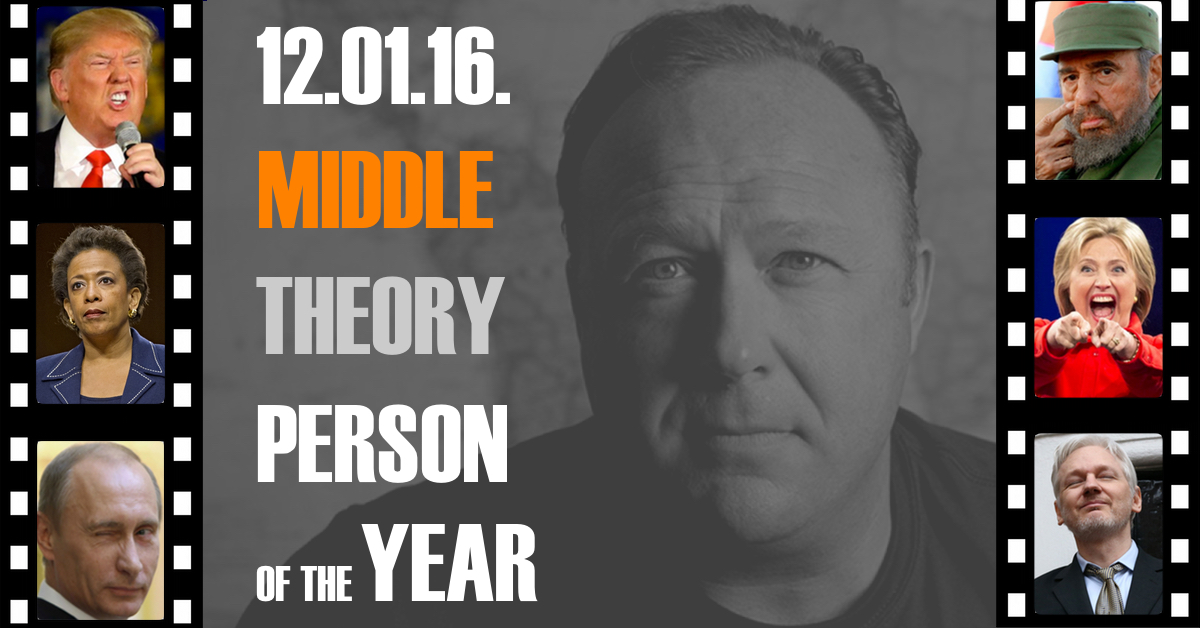 On this week’s edition of Middle Theory, The Mouth and McNonymous nominate their picks for 2016 Person of the Year, as we look at a number of noteworthy events of the year and those involved.

Kicking things off, our friendly neighborhood Sentinels begin with a discussion pertaining to ceremonial beverages, chili-cookoffs, and the most obscure holiday to be celebrated on December 1st, which some might call the “Feast of the Beast”. Meanwhile, as wildfires sweep the Southeast, we provide an update on Kanye West’s “strange” condition, and the way conspiracy theories are being associated with his sudden bout with paranoia and depression. We then look at how this all relates to “Pizzagate”, and how that is related to the similarly-titled “Twittergate”, and recent allegations of sex abuse by sports players in the UK.

Finally, we get to our discussion of the Middle Theory 2016 “Person of the Year”, where we nominate a handful of individuals which we ask the listenership of the Middle Theory Podcast to select their favorite (or make further nominations (you can email us, or Tweet at us with your choices). Finally, in the rankings for Time Magazine’s Person of the Year is Julian Assange, who some conspiracy theorists think may be dead… and don’t forget the conservative firebrand Alex Jones, who receives honorable mention in our own roundup of 2016 nominees.