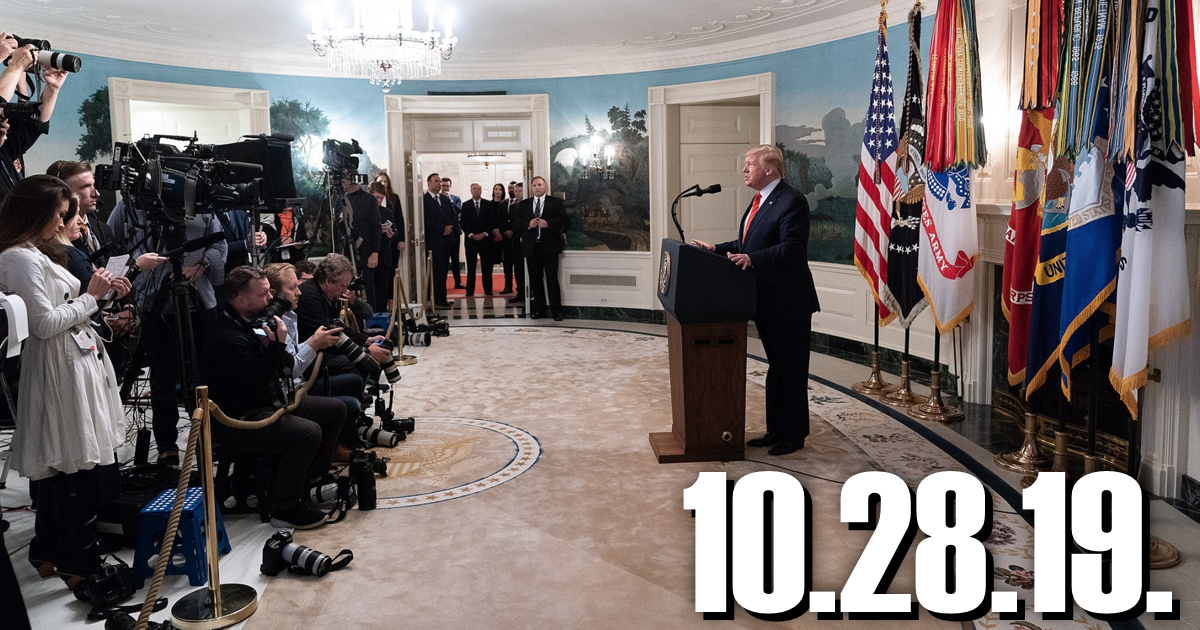 This week on the podcast, we look at “zombie” politics in America, and the operation that led to the recent takedown of the leader of ISIL, as announced by the Trump administration.

Around this time every year, the dead begin rising from the grave… and in a similar way every four years, just like the walking dead, the ghosts and corporeal cadavers of the American political past begin shambling onto stages and appealing to voters. Specifically, we mean the political ideologies and processes that have successfully elected candidates in the past, which according to many commentators today, are simply outdated. One example, given recently by New York Magazine, is the “Zombie Campaign” of Democratic front-runner Joe Biden, an affair more than a half-century in the making that looks a lot more like the politics of several decades ago, rather than the kind of front-running campaign we’d expect today.

Then in what will likely be viewed in years to come as a defining moment of Donald Trump’s presidency, we look at the recent operation that led to the death of Abu Bakr al-Baghdadi. Since the operation, announced by Donald Trump in a press conference on Sunday, ISIS has already allegedly appointed another leader, amidst claims that Baghdadi may not have been running the group. We also look at how Donald Trump’s decision to withdraw US troops from Syria might have ‘jeopardized’–or even catalyzed–the Baghdadi mission, and how the Washington Post was getting backlash for it’s a twice-changed headline that called the ISIS terrorist leader an ‘austere religious scholar’.