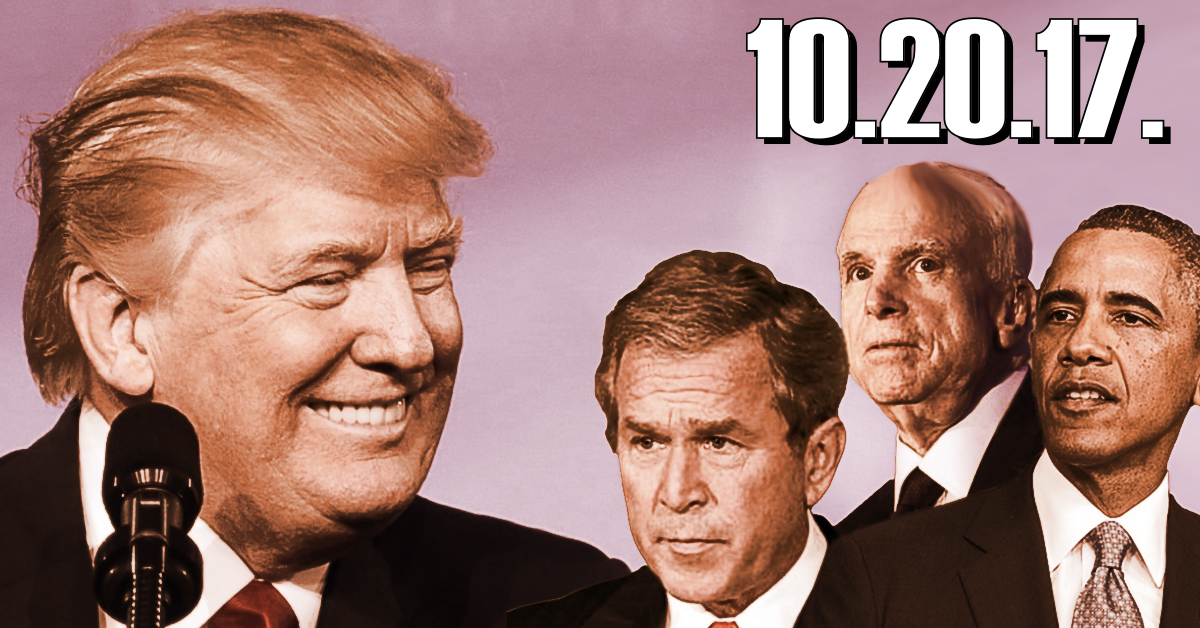 This week on Middle Theory, former presidents (and presidential candidates) are speaking out against Donald Trump… the latest in a long succession of contests to “Trumpism.”

We begin with discussion that includes updates on the sordid Harvey Weinstein situation, with continuing allegations of misconduct surfacing, in addition to a look at the broader issue of human trafficking in America, and other parts of the world; it is arguably one of the greatest problems existing in the world today, and yet, one that so many are willing to turn a blind eye toward.

Later in the program, we also hear what the latest from former presidents George W. Bush and Barack Obama say about Donald Trump, along with Senator John McCain’s assertions about “half-baked nationalism” under the current administration. Finally, we also review the bizarre interview featuring security guard Jesus Campos on the Ellen show, and the controversy it has managed to arouse.