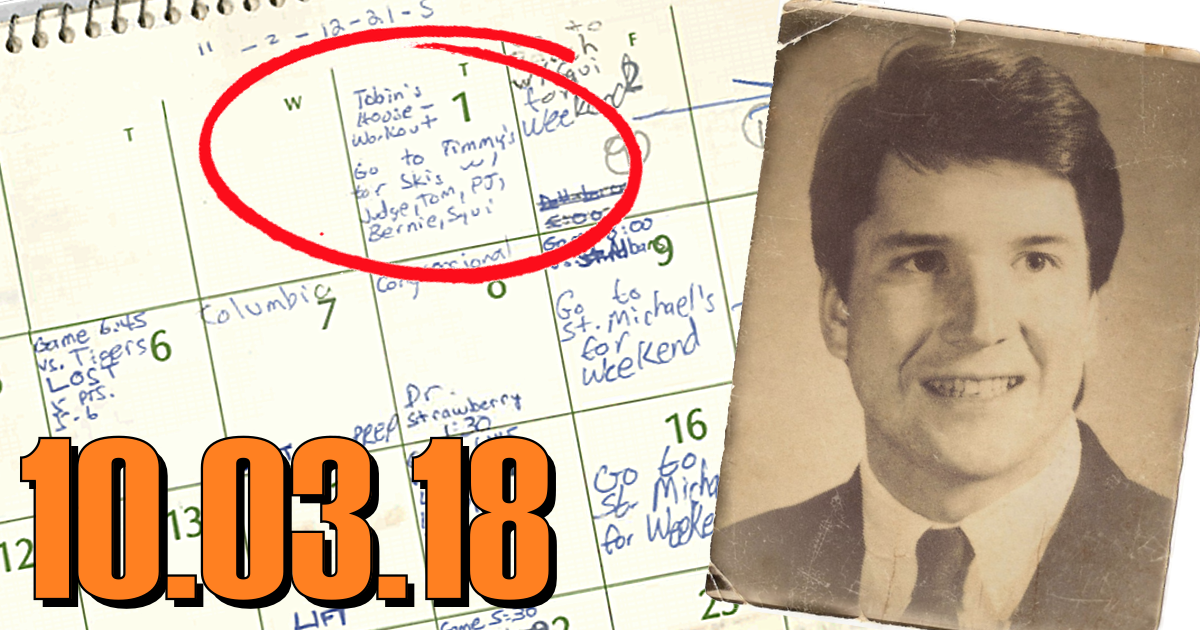 This week on Middle Theory, the ongoing controversy surrounding Supreme Court Nominee Brett Kavanaugh reaches critical mass, following testimony from one of his accusers and an ensuing FBI investigation.

In light of recent news in the United States, things are feeling particularly divided as of late. Hence, looking back to the times of the American Founding Fathers, we often see that concerns over political partisanship contributing to division among the populace was something they discussed then too. Consider the words of George Washington, who during his Farewell Address on September 19, 1796, said, “[The spirit of party] serves always to distract the public councils and enfeeble the public administration. It agitates the community with ill-founded jealousies and false alarms, kindles the animosity of one part against another.”

We also have Thomas Jefferson, who wrote to James Monroe in 1808 that, “You will soon find that so inveterate is the rancor of party spirit among us, that nothing ought to be credited but what we hear with our own ears. If you are less on your guard than we are here, at this moment, the designs of the mischief-makers will not fail to be accomplished, and brethren and friends will be made strangers and enemies to each other.”

Today, we can see that many of the same concerns remain present… and one issue that has struck the heart and soul of America as of late has been the party division erupting around Supreme Court Nominee Brett Kavanaugh. As the testimony of Christine Blasey Ford was televised before the world last Thursday, we heard first hand (and for the first time) from one of Kavanaugh’s key accusers, as well as from Kavanaugh himself who passionately defended himself against what he has called “Search and Destroy” tactics in testimony that followed.

As the FBI investigation has been underway over the days that followed, after a last-minute deal secured by Republican Jeff Flake, we analyze what documentation and source material is available to us, in an effort to fill in the missing pieces of the puzzle, and make sense of this maddening affair for ourselves.