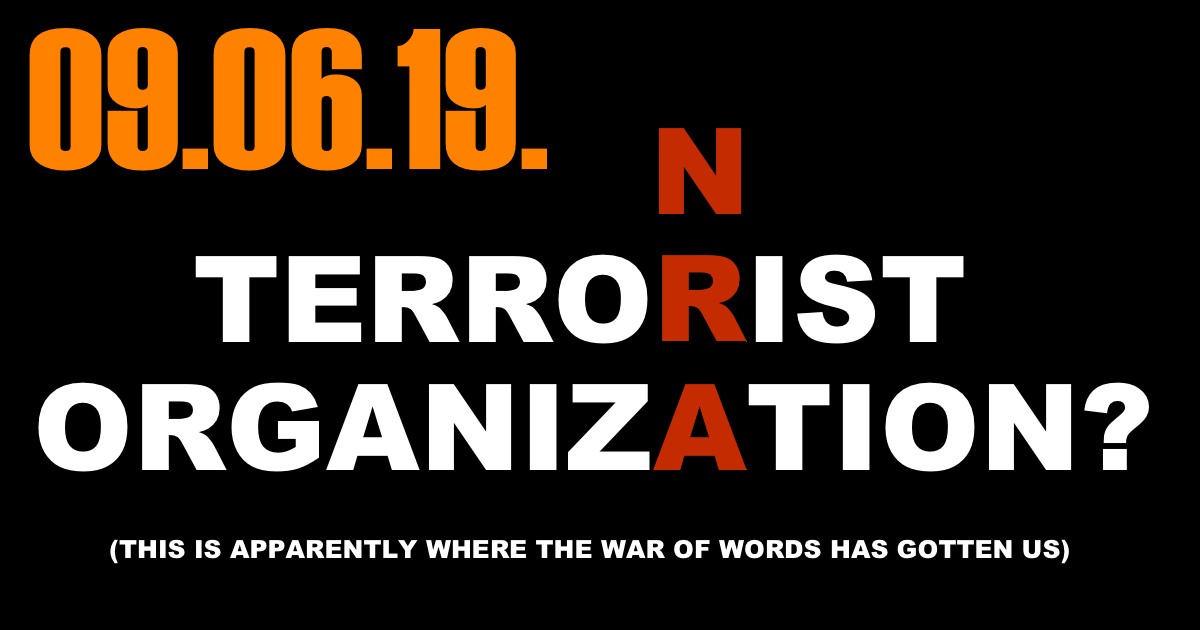 On this edition of the program, we look at how words are being weaponized in American political debate, and the ever-evolving definitions of “domestic terrorism.”

As the concern over “fake news” continues in advance of the 2020 election, the U.S. military is now getting involved, enlisting the aid of DARPA to battle memes and disinformation. Do we really need the military to help us fight the pervasive threat of… memes?

Then later in the program, we turn our attention to the recent West Texas shooting, and the notable decision by law enforcement not to release the name of the shooter. However, looking more broadly at the weaponization of language in American politics, we examine the recent decision by a group of California lawmakers to brand the NRA as a “domestic terrorist organization.” Along the same lines as concerns we raised about Donald Trump arguing along the same lines with relation to ANTIFA, we express concern about a group of California lawmakers “unanimously” passing a resolution that effectively brands millions of Americans as “terrorists.”

However, in the broader debate about the weaponization of words, particularly in relation to the idea of “domestic terrorism,” we attempt to look at a set of balanced perspectives from legal scholars and other sources, who clearly outline the problems posed by such language in American politics today, rather than adding rhetoric to the already politically divisive language we’re seeing these days.