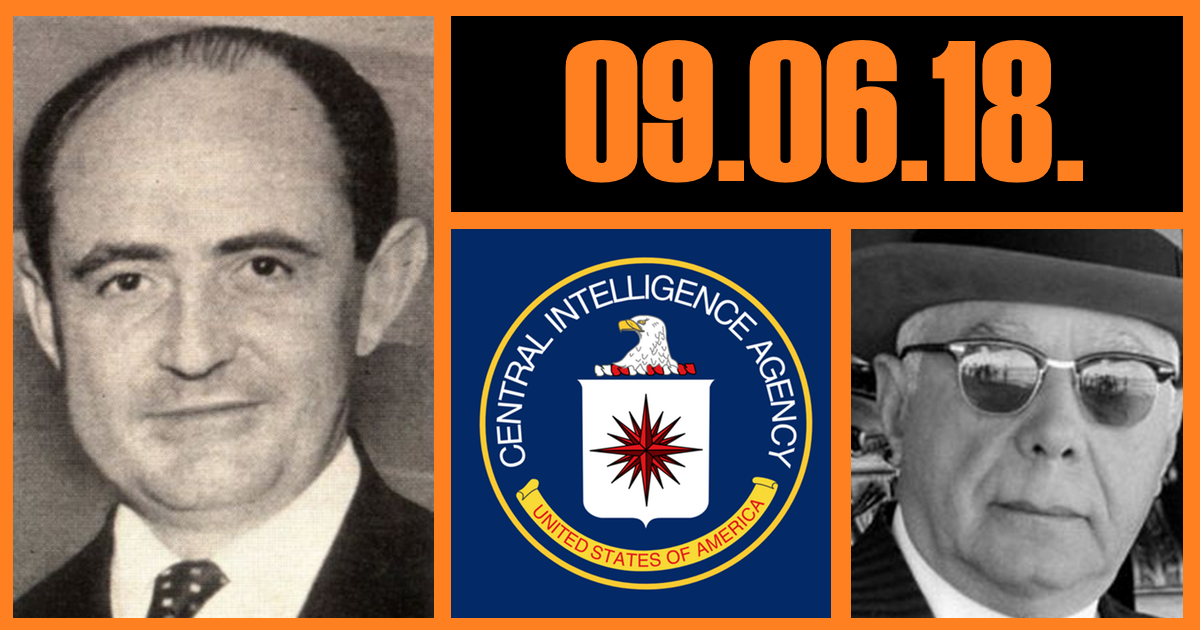 This week on Middle Theory, in addition to news and current events we examine the historical circumstances surrounding the disappearance of Columbia University Professor Jesús Galíndez in 1956.

Have you ever felt like you’ve been caught in a political echo chamber? Well before you attempt to escape, maybe you should consider the latest studies, which suggest that listening to opposition can make partisanship even worse (once again, we recommend instead that you just listen to Middle Theory).

Elsewhere, the alleged attacks on U.S. Embassy employees in Cuba and China are now looking like they could have been microwave weapons; in other political news, chaos erupted at the first Brett Kavanaugh hearing this morning, with both opposition from Democratic politicians, as well as protestors who were on hand for the event.

Then getting to the MID, on March 12, 1956, Jesús de Galíndez, a Basque nationalist, Columbia University professor, and critic of Dominican dictator Rafael Trujillo, vanished after a student dropped him off near a subway entrance. Today, his disappearance remains a mystery, although it is widely believed that Galíndez was kidnapped and flown secretly to the Dominican Republic.

Joining us to discuss the case is Stuart McKeever, a retired attorney and author who began his legal career in the early 1960’s in New York City as a staff member of the Legal Aid Society’s Criminal Division. Although the Galíndez case stimulated widespread press coverage, it remained shrouded in mystery for decades. That is, until the publication of McKeever’s book, Professor Galindez: Disappearing from Earth: Governments, Complicity, and How a Kidnapping in the Midst of American Democracy Went Unsolved. In it, author Stuart McKeever unravels the complicated roles of the Dominican and US governments, as well as the FBI, the CIA and some NY police officers, in the affairs.