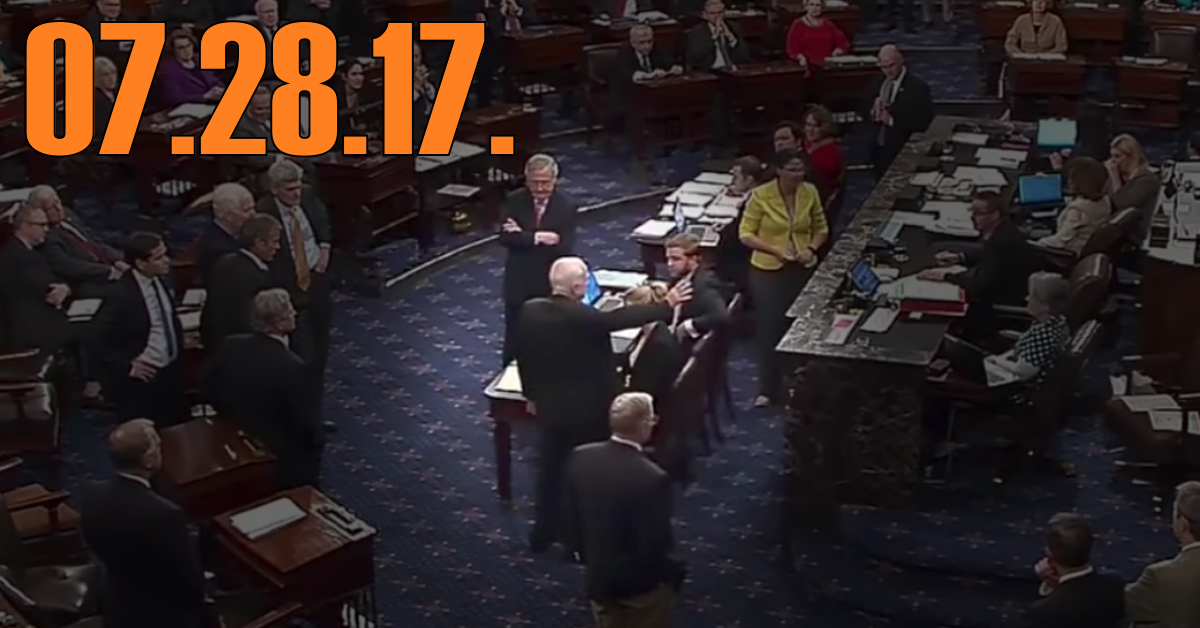 This week on Middle Theory, John McCain, “The Maverick,” makes a ‘historic’ tie-breaking vote that stops the GOP effort to repeal and replace Obamacare.

As we look at the news this week, controversy surrounds the recent attempt to leave the country by Imran Awan, who formerly worked for Debbie Wasserman Schultz and the DNC. Awan was subsequently arrested by the FBI, in a strange development that few in the mainstream media have chosen to cover (perhaps due to the fact that he was a former consultant to CNN).

Also, the newly-appointed White House Communications director, Anthony Scaramucci, made headlines recently for a vulgar rant that he went on after a reporter Tweeted a “leak” about a private dinner at the White House. Scaramucci subsequently appeared on CNN and explained what he actually meant, as his war against White House leaks continues.

Then, we look at the recent vote on repealing Obamacare, the tie-breaker for which was supplied by Arizona Senator John McCain, who returned (with a standing ovation on the Senate Floor) from a recent surgery, casting a vote in defiance of the Trump administration, and in keeping with his reputation as a Maverick. Many are already predicting that this flamboyant Senate appearance will be among the Senator’s most memorable.