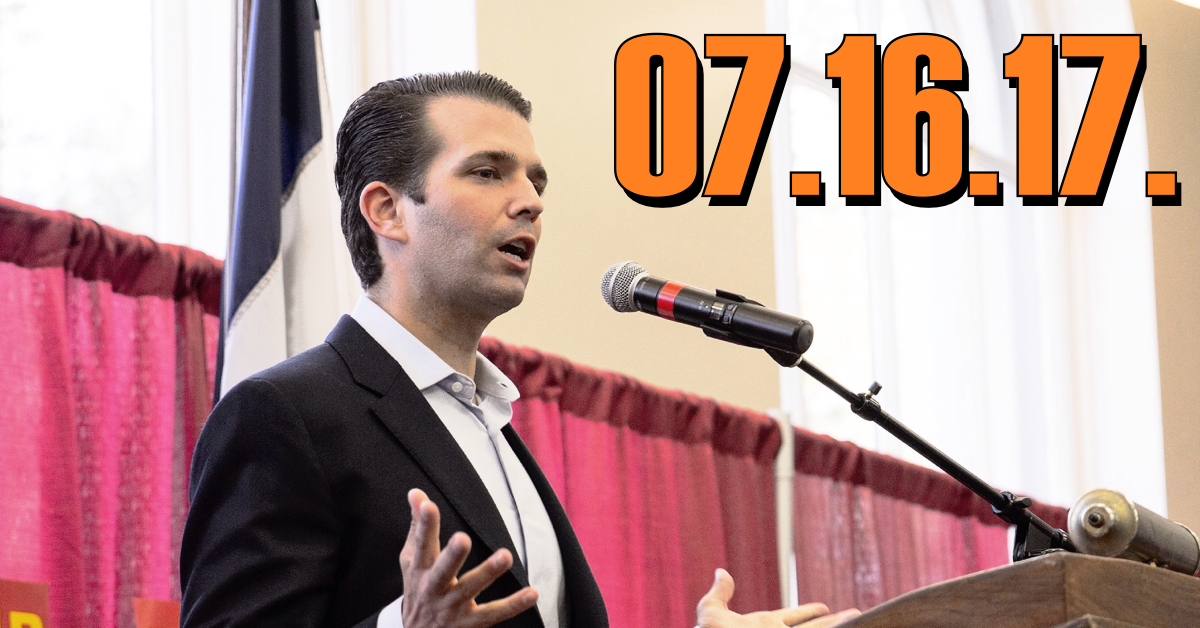 This week on Middle Theory, while questions remain about Donald Trump and potential collusion in the 2017 election, the best evidence thus far may have just been revealed willingly by Donald Trump Jr.

There is a serious disturbance in space-time this week… and a gender-bending twist in one of the longest-running science fiction franchises in history. That’s right, the BBC has announced that the lead role in the upcoming season of BBC’s Doctor Who has been given to actress Jodie Whittaker of Broadchurch fame. As the UK’s entertainment industry breaks one of its final “glass ceilings”, we look at what this has to do with other world affairs, and even Hillary Clinton’s loss in the 2016 US election. Elsewhere (and speaking of time travel), anachronisms continue to arise, which McNonymous points out seemed to have given clues as much as a century ago to the eventual Presidency of Donald Trump.

This, and other newsworthy items are discussed, leading up to the big story this week: has Donald Trump Jr. finally provided clear evidence of collusion with Russia? Many say so, although opinions are divided as to whether this is the “smoking gun”, or if it’s merely one of many bungled attempts at gaining an upper hand during the last election, which, under other circumstances, indeed might have qualified as collusion. Elsewhere on the subject of possible collusion with foreign governments, Representative Adam Schiff is playing down the notion that his party might have done the same thing… but is “collusion” at any level still representative of treachery at the end of the day?