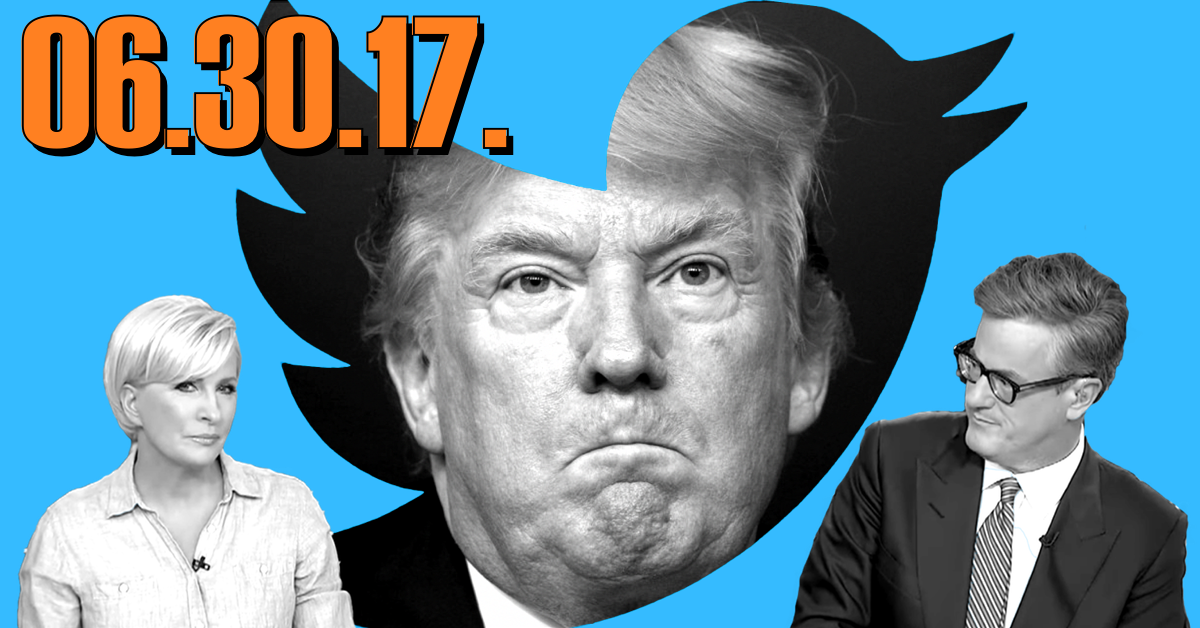 This week on Middle Theory, for some reason Donald Trump’s latest “Twitter-Tantrum” are the leading story in the news (again). What does the ongoing saga of our commander in chief’s social media activity tell us about him, his mental state, and the country at large?

While the furor over “Trump Tweets” rages on, there have been actual things going on in the news, which include developments with the Senate Health Care Bill, as well as a Supreme Court ruling in favor of Donald Trump’s travel ban. We also look at a European Human Rights court that decreed a baby in England should die with dignity, rather than be released into parental care for experimental treatments.

Okay, okay… but getting all that “important stuff” out of the way so we can return to everyone’s morbid fascination with Trump’s Tweeting habits, the President came under fire for the latest in a vile string of insults, this time hurtled at MSNBC host Mika Brzezinski, along with her co-host Joe Scarborough. Could it actually be, just maybe, that this entire thing is being overblown by the media? On the other hand, are there legitimate things we learn about Trump, his presidency, and social media in general from careful discussion and analysis of this mess?

Also, be sure and check out the Alex Jones “Gay Frogs” Remix, and all the other fine videos by PlaceBoing, which can be found on their official YouTube channel.