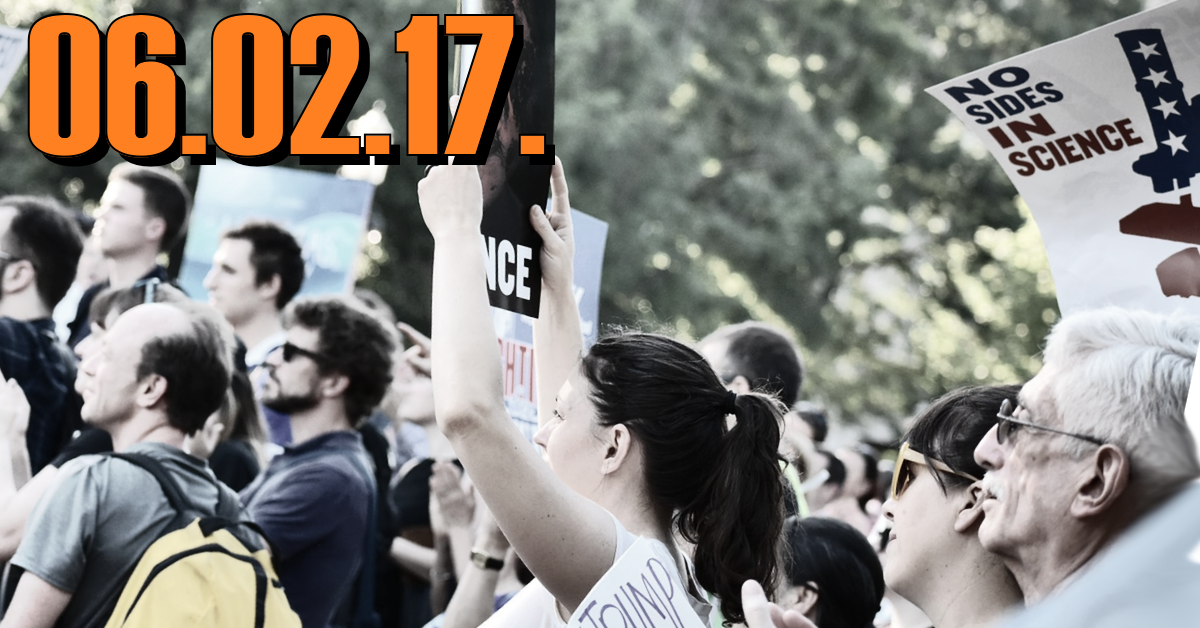 This week on Middle Theory, we analyze the decision by President Trump for the United States to leave the Paris Climate Accord.

Stop the presses… can YOU figure out the TRUE meaning of “Covfefe”? Apparently, this obvious misspelling by The Donald was worthy of countless articles and news segments over the last several days… we spend an equally ludicrous amount of time talking about why this is utter bullshit. Then turning our attention to other, more meaningful things, we spend some time examining the current crisis at Evergreen State College, where a group of students have shut the campus down after a white professor refused to accept an “invitation” for all white members of the student body and faculty to leave campus… which in their eyes, makes him a racist.

Then, we look at the controversial decision by President Trump for the United States to leave the Paris Climate Accord, which has aroused varied responses from the international community, including newly elected French President Emanuel Macron. Van Jones also chimed in on this, as we visit audio soundbytes with reactions to the decision, as well as a complete breakdown given by McNonymous about the “environmental hypocrisy” of several organizations and individuals that have decried the decision.

Finally… Hillary Clinton might have pushed her luck a little too much with the post-election loss “sympathy train,” after she said during an interview with ReCode that she was a “victim of the assumption she would win.” She further suggests a broad reaching “right wing conspiracy” that involves Russia, Wikileaks, InfoWars, and possibly members of the Trump campaign might have conspired to thwart her chances at winning the 2016 election. Here are a few of the responses from the liberal media in response to Clinton’s somewhat plausible, but still unproven claims:

Finally, we also have this, from Brendan Nyhan, a professor of government at Dartmouth College and New York Times contributor: “I’m seeing a disturbing trend of people taking the very serious and real questions about Russian interference and using that as a pretext for all sorts of wild and unsupported conspiracy theories. These are often coming from internet personalities and people who work on social media, but they’re infiltrating into the discourse more generally through liberal elites who are amplifying them. So we’re seeing a spread of these claims out into the mainstream in a way that I think is potentially worrisome.”

Indeed, it seems we’re living in a culture of conspiracy.