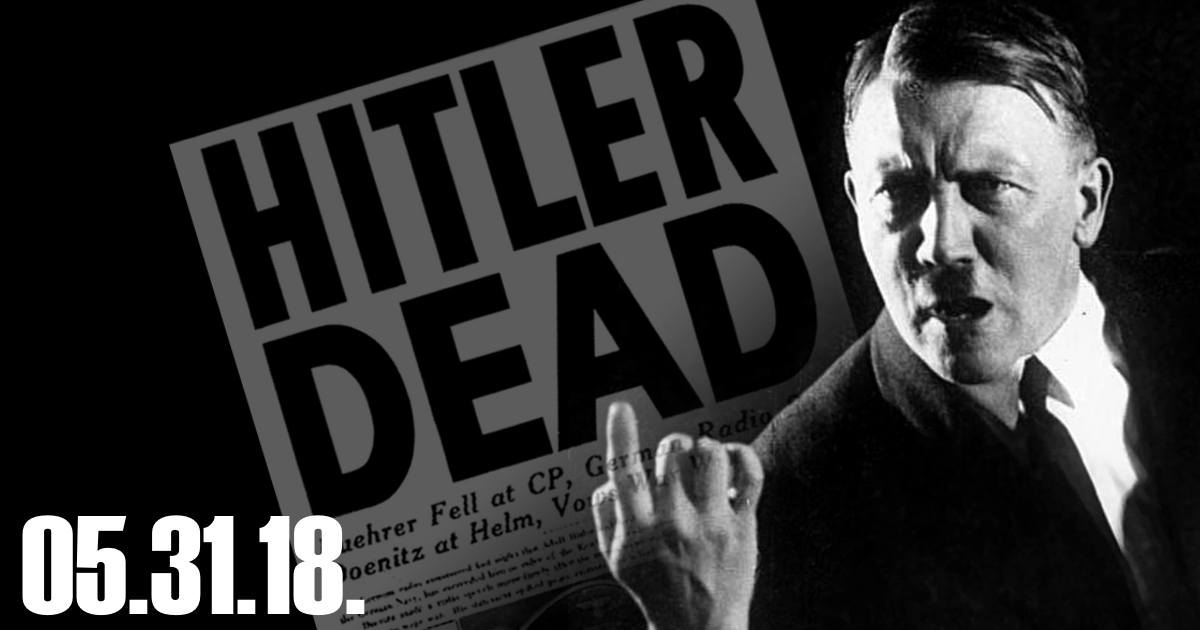 This week on Middle Theory, in addition to news and commentary on current affairs, we provide an in-depth look at the historical mystery of Adolf Hitler’s death, which spawned decades of conspiracy theories about his possible escape at the end of WWII.

Beforehand, we discuss an interesting series of events in relation to the Internet Archive and it’s “Wayback Machine,” which allows web users to scan archived versions of websites and other online content that may no longer appear in search engines. Are some people appealing to the Archive to have their undesirable content removed?

Elsewhere, controversy has erupted around Roseanne Barr’s recent Twitter-tantrum, in which she unleashed a tirade rife with conspiracy theories and racial slurs. The incident led to the cancellation of her newly relaunched show, as well as other public fallout… but few seem to remember that Barr has publicly acknowledged suffering from multiple personalities, or DID (dissociative identity disorder). Could this account for her strange and unpredictable online behavior?

We also touch on brief updates with relation to the infamous NXIVM cult, and a new interview where actress Allison Mack insinuates that the idea of branding the cult’s female members had been her idea… also, what was political strategist Roger Stone’s role in promotion for the group in their early years? Finally, Mr. Oakley gives us a quick succession of the strangest political pardons being issued by the Trump Whitehouse this week… we’re still waiting for all the Thanksgiving turkeys to appear on the list.

Then getting to the MID, we cast our critical eye on the history of one of the most infamous and evil political leaders of all time, Adolf Hitler, whose death in a bunker below Berlin at the end of World War II fomented conspiracy theories about his possible escape to South America on a U-boat submarine. With the popularity of television programs like History’s Hunting Hitler, many have renewed their interest in the idea of Hitler’s escape at the end of the war… however, what does modern science have to say about this long-standing mystery of history?