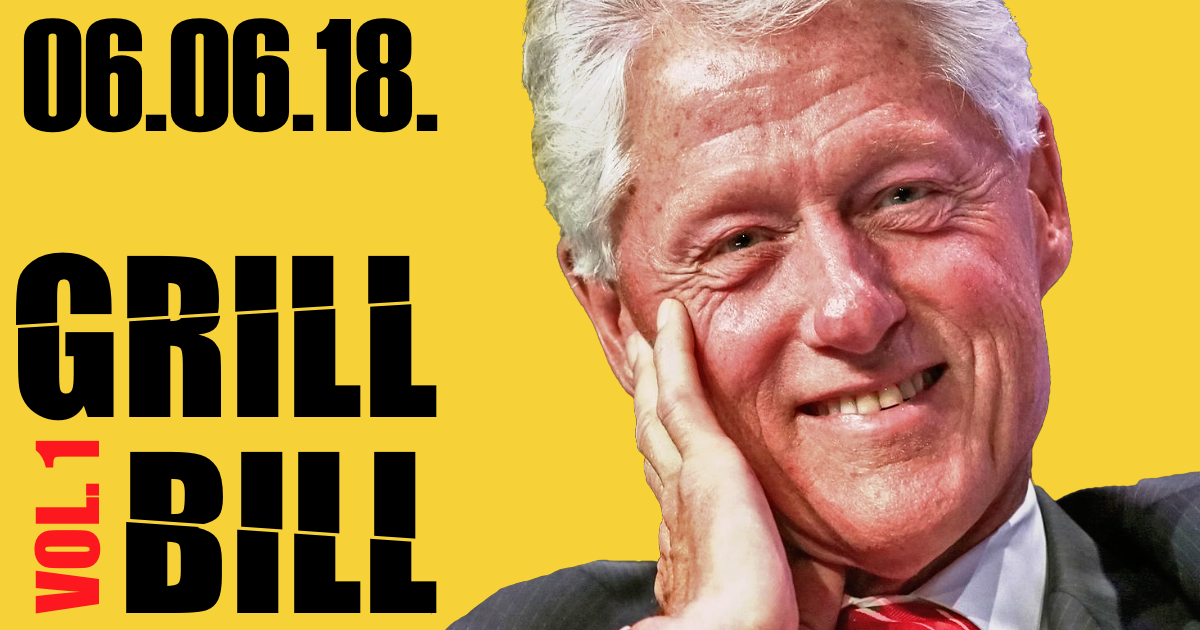 This week on Middle Theory, a recent TODAY show appearance has placed former president Bill Clinton at the heart of the #MeToo debate.

As we’re kicking things off on this week’s program, we start off with questions about recent scientific studies that argue there are far greater health concerns associated with alcohol consumption. How does this compare with similar studies that have gone back and forth on the health benefits–or concerns–associated with coffee consumption? And when it comes to great debates in modern science, we can’t help but touch on a now-famous appearance Bill Nye made on Tucker Carlson’s show, where the two awkwardly debated the current consensus on climate science.

Elsewhere, Elon Musk has been arguing that we need a new website to help discern truth… and he has a funny idea about what it should be called. Add it to the other unusual ideas Elon has proposed in recent years. We also touch on a controversial Supreme Court decision which ruled in favor of a Colorado bakery that chose not to serve two gay men, based on the idea that the bakery was also discriminated against on the grounds of their religious views.

Then getting to the MID, we look at how Bill Clinton and author James Patterson’s recent book tour kicked off with an unexpected bang, after TODAY correspondent Craig Melvin asked Clinton questions in relation to a two-decade-old Whitehouse scandal involving then-intern Monica Lewinsky. When asked about this in relation to the modern “Me Too” movement, Clinton seemed rather agitated and spoke the following day with comedian Stephen Colbert about being “mad at himself” after the interview aired. What the implications for this in the broader cultural context?