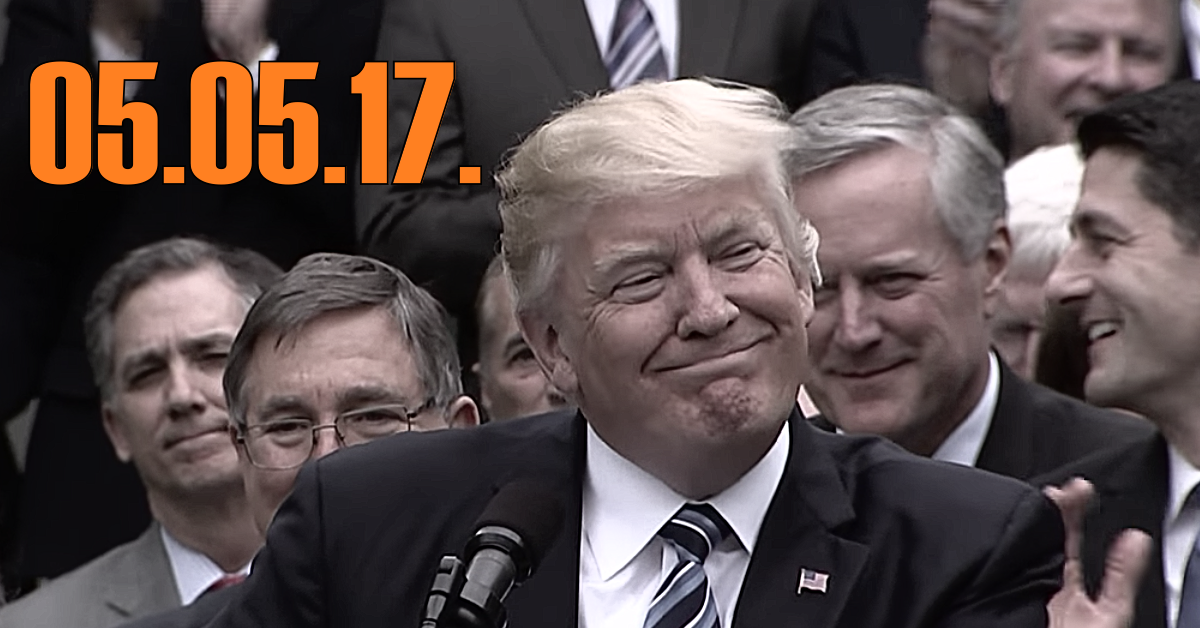 This week, the Republican Party is celebrating the House vote on “Trump Care”, and the repeal and replacement of Obamacare… but are they jumping the gun?

As we celebrate Cinco de Mayo 2017, Bernie Sanders supporters are asking for their money back… and the DNC is saying there “is no right to not have their candidate disadvantaged or another candidate advantaged.” Hillary Clinton, on the other hand, is still saying that Bernie, and FBI director James Comey, are responsible for her electoral loss; Comey says he fells slightly “nauseous” at the idea that he and his agency influenced the election last year, but maintains that the FBI’s investigation of Clinton’s email scandal was the right thing to do.

Meanwhile, Bernie is laughing… but not at Clinton or Comey, but at Donald Trump, who following the passing of 1/3 of the eventual repeal and replace of Obama’s Affordable Care Act, said Australia has “better health care than we do.” Indeed, he may have to answer for why he said this about a country with universal health care. We also look at the latest developments with the current Republican plan, as well as what is on the table if the Senate does (or doesn’t) pass the American Health Care Act of 2017.