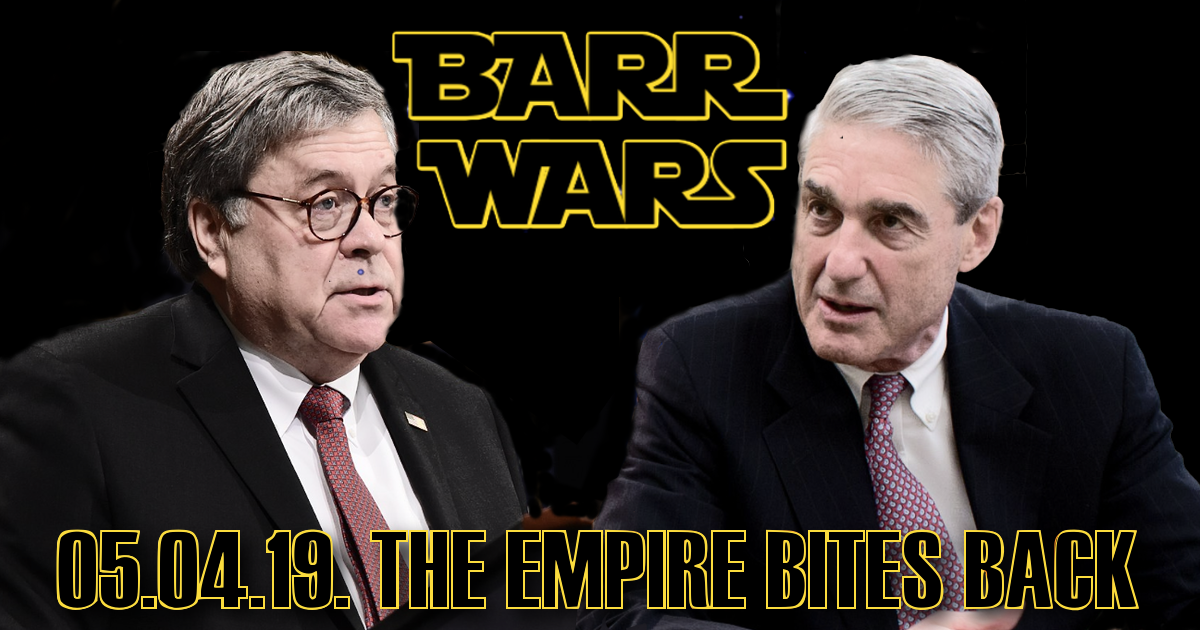 On this edition of Middle Theory, things get heated between old friends in Washington, as communications between Attorney General William Barr and Special Counsel Robert Mueller take center stage.

This week on Middle Theory, we lead off with the news about a controversial mural of George Washington that one town says is “traumatizing” their students… in this era of safe-spaces and trigger warnings, are there nonetheless some instances where calls for removal of such historical representations are for the better, and if so, what are the consequences nonetheless? We also have a social media dep-platforming update, in which an early version of an article about Facebook’s decision to ban extremists from its online communities appears to have shown an obvious bias on part of the Washington Post.

Then later in the program, William Barr’s recent testimony before the Senate was just the latest in an ongoing series of high-profile televised hearings of the Donald Trump presidency. However, questions about a letter sent to Barr by Robert Mueller (whose long-awaited report on investigations into Russian meddling in the last U.S. election is now on the bestsellers list) led to some heated exchanges and seemingly contradictory statements made by Barr. We look at all of the details on this edition of the podcast.