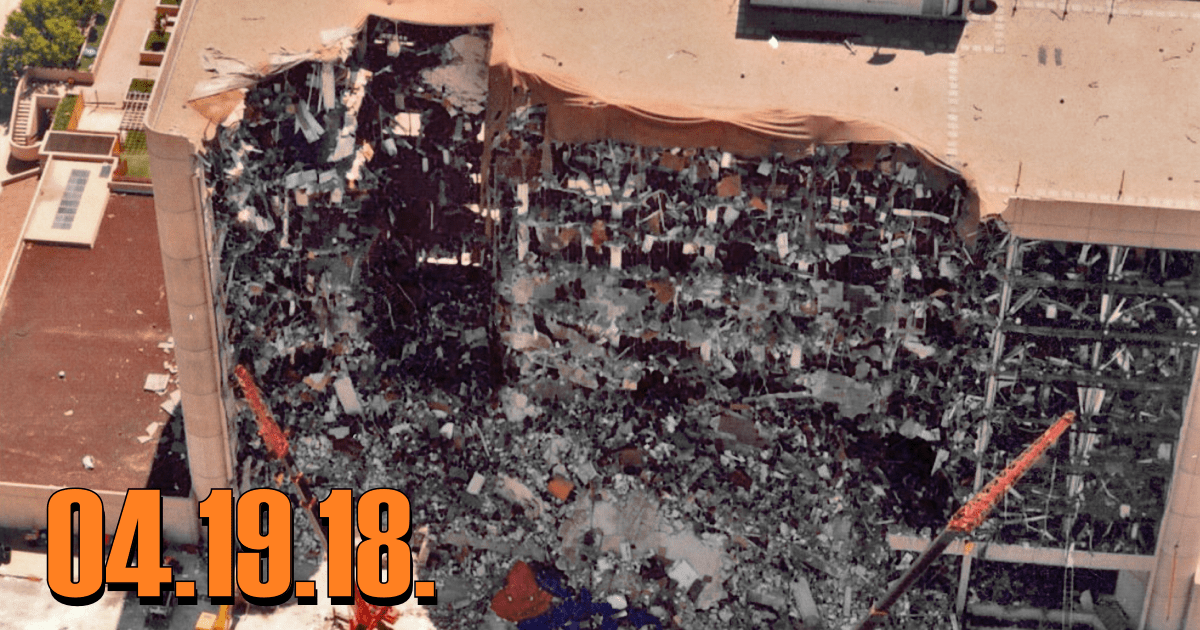 This week on Middle Theory we remember the events surrounding the tragic Oklahoma City Bombing of 1995, on the date of its twenty-third anniversary.

Kicking things off, Micah begins with an anecdote about one of the most unusual and little-known secret societies of the enlightenment era, the Oculists. From there, we turn our attention to stories about media deception in film and television, as well as Chris and Micah’s personal experience with the kinds of tomfoolery that goes on behind the scenes with television networks. We also take a brief look at some of the trending items in the news as of late, which include the scandal involving Michael Cohen, who had not only been President Donald Trump’s lawyer, but also had a third “mystery” client who turned out to be conservative talk host Sean Hannity.

However, on this date which in history, the tragic events surrounding the bombing of the Alfred P. Murrah Federal Building in Oklahoma are remembered. According to FBI.gov, “The bombing was quickly solved, but the investigation turned out to be one of the most exhaustive in FBI history. No stone was left unturned to make sure every clue was found and all the culprits identified. By the time it was over, the Bureau had conducted more than 28,000 interviews, followed some 43,000 investigative leads, amassed three-and-a-half tons of evidence, and reviewed nearly a billion pieces of information. In the end, the government that [Timothy] McVeigh hated and hoped to topple swiftly captured him and convincingly convicted both him and his co-conspirators.”

We look at the details surrounding the incident, which remains one of the most significant terrorist acts in American History, as well as the myths, conspiracies, and loose ends that are still associated with it.