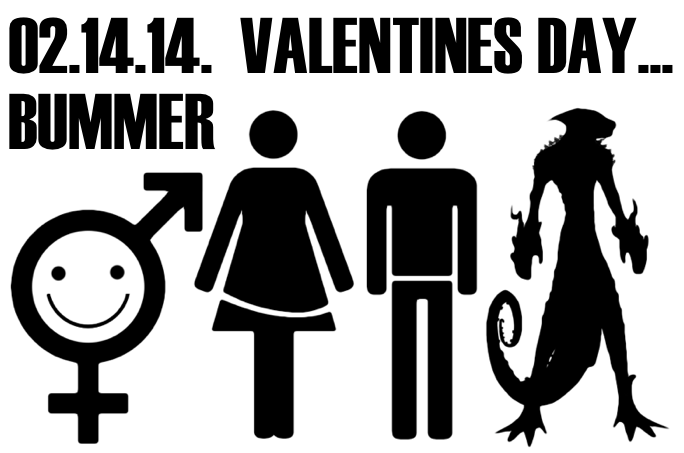 This week, the SENTINELS known as The Mouth and McNonymous explore the strange world of gender identity (according to Facebook, that is), and how it’s all related to that most dark and semi-sweet of holidays, the lover’s day itself, Valentine’s Day.

Did you hear the one about the (Georgia) Sheriff who canceled the holiday… due to bad weather? And how about a Valentine’s Day Jail Break, where one inmate escaped… to see his sweetheart? Arguably, the most heart-warming story this year involves the husband who gave his wife a life-saving kidney transplant on Valentines Day.

We also discuss Michio Kaku talking with Charlie Rose about “instabilities” causing extreme cold temps, as McNonymous does a haggard impersonation of Mr. Rose that’s equally as bad as Micah’s attempts to speak in general this week, as he recovers from a chest cold. Speaking of weird weather stories, did you hear the one about the 800-pound snowball that crashed through a college dorm wall?

Also, what’s up with the U.S. Army building a fake city in Virginia, as Feds are concerned that drug cartels moving into Colorado?

We want to thank Tom Lesinewski, Betty June Farkas, Angie Tanguay, and Dan “The Magi” Bonfiglio for sending some “Donates” along this week. If you’d like to join the ranks of the The World’s Most Secret Society, consider sending us a small amount so we can provide all we do at no cost… and maybe afford a hot cuppa Cowboy Juice on the side.