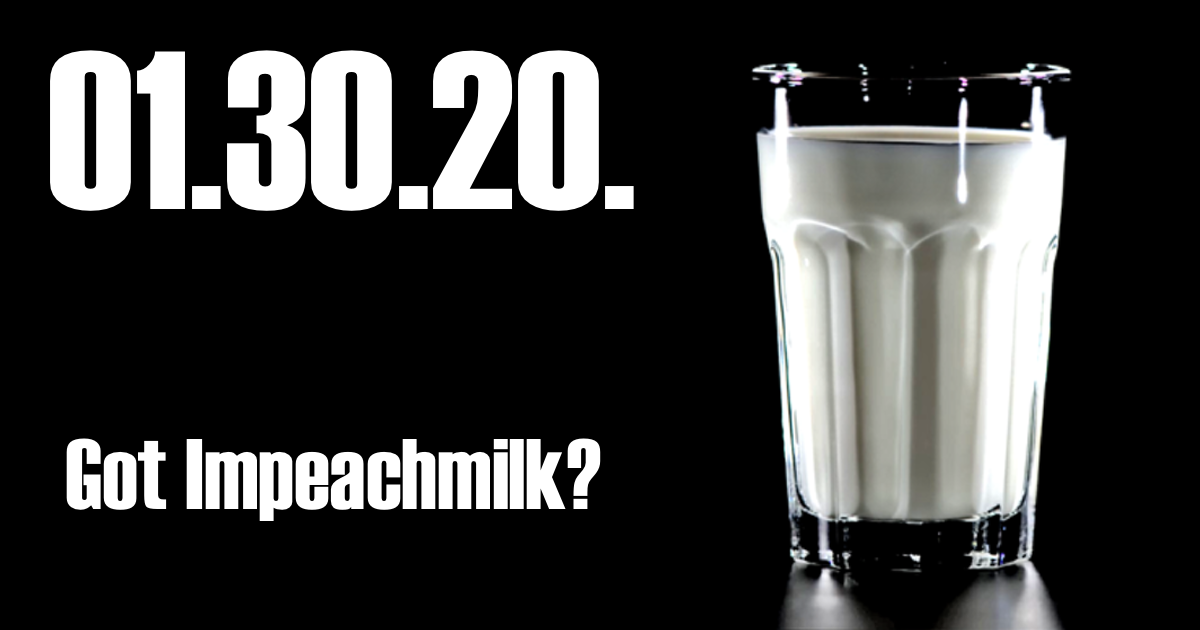 This week, “Impeachmilk” and other bizarre ideas are on the table as the bizarre rules and hidden secrets of the Senate Impeachment are revealed.

The ongoing saga of the 2020 coronavirus scare reportedly has nearly 75% of the U.S. population more concerned than it had been about the ebola outbreak a few years back, despite the fact that the Centers for Disease Control thinks it’s unlikely that things will ever reach critical mass.

Then following up on some of last week’s “predictions,” we note the surge in interest Bernie Sanders is seeing as we head into Iowa; could this have been the result of some of the recent attacks he has recieved? In any case, this all comes together as the Senate Impeachment proceedings against Donald Trump continue, and while many commentators have noted the apparent lack of enthusiasm many Americans appear to have about it, networks have decided to keep up the only way they know how: watercooler reporting on the milk and candy being consumed by Senators, who aren’t allowed to have smartphones (or even coffee… SAD) with them while on the Senate floor.

We ponder who would have agreed to having such draconian rules, in addition to looking at other stories in the news on this week’s Middle Theory.