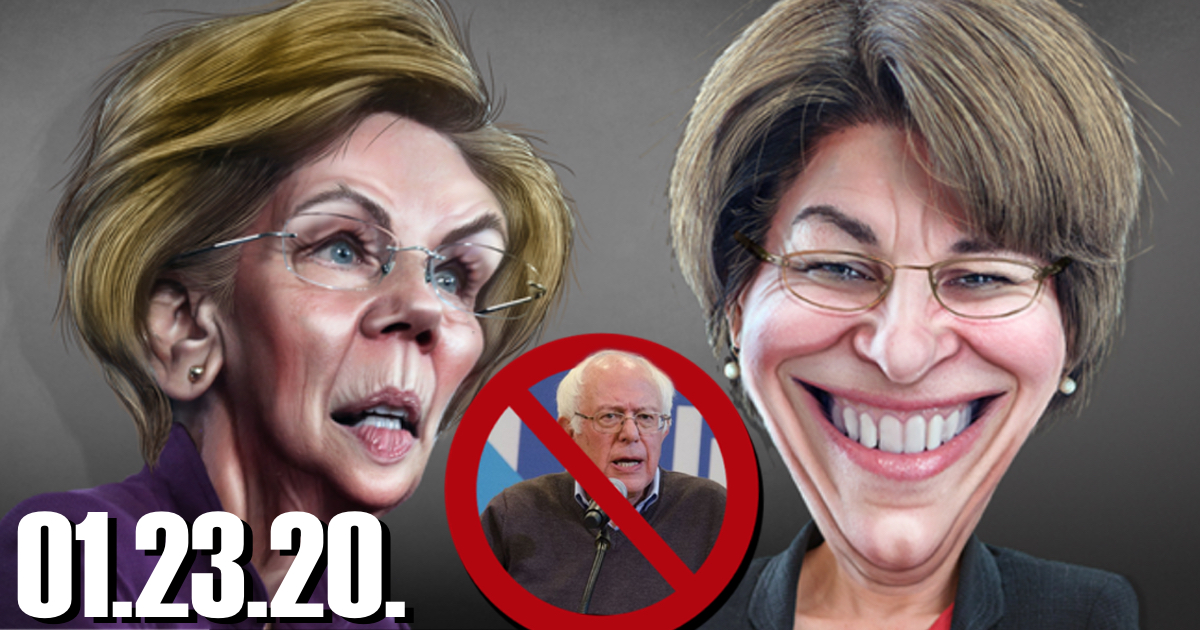 This week, political hijinks in advance of the Iowa Caucus lead to a Democratic Debacle, and Double Trouble as the New York Times endorses two candidates.

This week, health officials around the world are on high alert as several towns in China have been quarantined following the outbreak of a deadly strain of coronavirus. We explain what that is, and what it means, before turning our attention to a brief impeachment update that’s nearly as humorous as watching the real thing, but without having to invest hours of our lives that we’ll never get back. We also touch on dystopian future surveillance technologies, and which brings us to why Edward Snowden’s preferred journalist, Glenn Greenwald, is being charged by the Brazilian government with cybercrimes.

It’s no secret that most of us (Americans especially) are sick of hearing about partisan politics. During the second half of the program, we look at some of the reasons why, which include partisan bickering within the Democratic party, which includes a concerted effort by both politicians and the media to discredit Bernie Sanders. We also look at some of the 2016 Democratic nominee Hillary Clinton’s controversial attacks against not just Sanders, but Tulsi Gabbard (who endorsed Sanders in the last election).

Finally, we have the bizarre decision from the New York Times to endorse not one, but two candidates as the best “choices” for Democrats in 2020… breaking a tradition more than a century, and raising a lot more questions than answers. Fortunately, there are some signs of unity at least, as Rolling Stone writer Matt Taibi argues that the level of stupidity we’re seeing in the media right now may actually be uniting the Left and Right. Our prediction: this will likely only backfire, and if anything, aid Bernie Sanders as we head into the Iowa Caucus.

Warren and Klobuchar caricatures by DonkeyHotey via Wikimedia Commons.