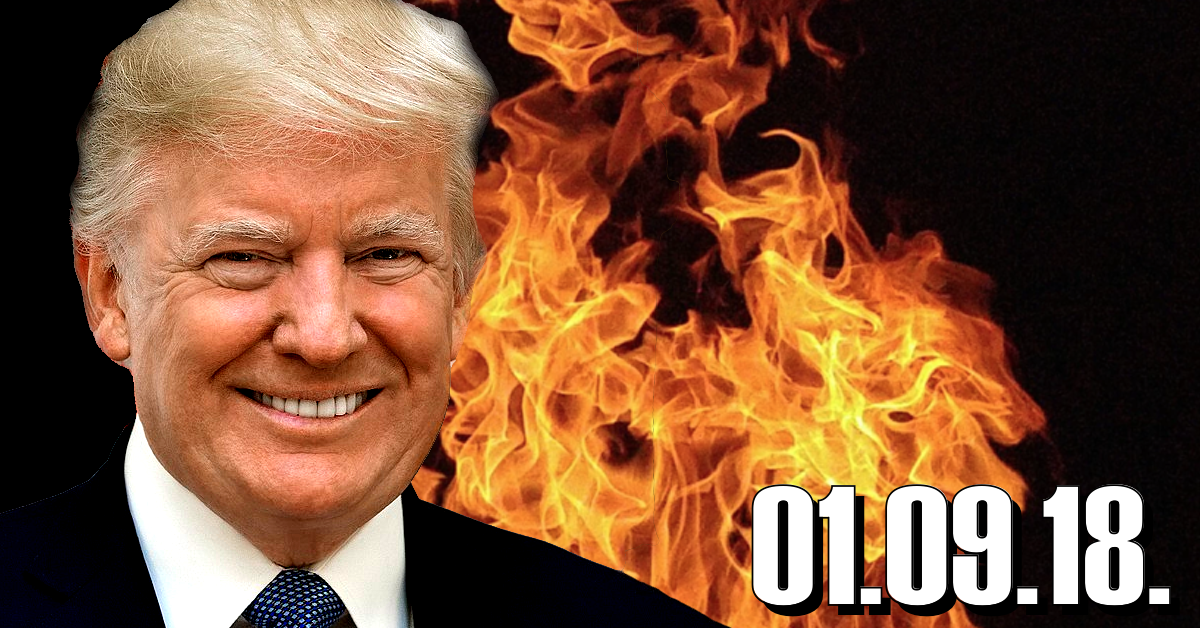 This week on Middle Theory, the Sentinels return for 2018 to examine issues that include gas pumping laws, marijuana legalization, and the explosive release of the book “Fire and Fury” on Trump’s first year in office.

HELLO. This week on Middle Theory, we get back in the saddle after taking a break for the Holidays, and catch up on everything that happened in the world (which, remarkably, has continued spinning after the trials of the year 2017 A.D.), including revelations that President Trump threatened to have a good idea back in October, only to be reined in and put back on Twitter by someone in his own administration. Meanwhile, in the “news that never seems to end” category, we discuss the new FBI investigation into The Clinton Foundation.

The big story is the ongoing controversy around Michael Wolff’s new book Fire and Fury and the political, media, and the adversarial fallout that the Trump administration and Breitbart founder Steve Bannon are experiencing because of it. While President Trump has bravely stepped up to the plate in the aftermath of this to reassure the world of his mental stability, there are some who seem to place less confidence in his tweets.

Before getting to the MID, we cover a number of other topics including Oregon’s new Self Serve gas station allowances, which may end up causing complete societal collapse if early reactions to the news are any indication. We then spend time discussing Attorney General Jeff Sessions and his possible political motivations for rolling back President Obama’s non-interference memos that stopped federal intervention within States that loosened the legal grip on marijuana. Is it a clever political move to shore up support on the conservative right in the wake of further destabilization in the White House? Or is it because someone with great power and influence in the American legal system actually believes that smoking a joint will bring a teenager through the gateway into Skid Row and start shooting heroin into his eyeball? Time will be the judge of this.

We wrap up the episode by confirming that yes, your smartphone is indeed spying on you, according to Alphonso CEO Ashish Chordia, who admits that his company has produced over 1,000 apps that record and transmit audio from smartphone microphones in order to provide targeted advertising to users. The final words are reserved for Oprah Winfrey, the one-time proposed running mate of President Trump, and now potential opponent for the 2020 race. Her stump speech at the Golden Globes seemed to be a warning shot of her political intentions, but will she end up having to explain away her association with serial sex abuser Harvey Weinstein?