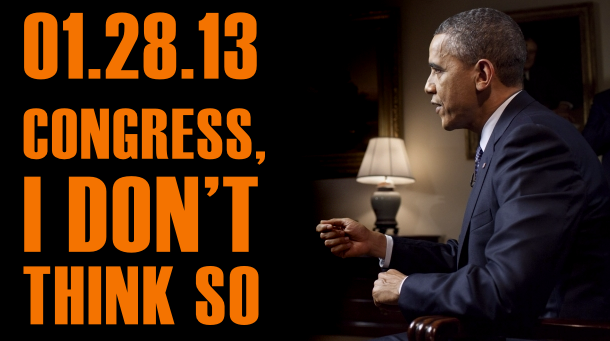 Well, it’s good to know that the Grammys are now apparently a vehicle for political speech. The Mouth and McNonymous begin this week’s program commenting on the extremely frigid “polar plunger” that’s about to overtake the world (well, parts of the U.S., at least), and then after proclaiming support for equal rights and same sex marriages, ask nonetheless why a performance aimed at showcasing musical talent seems to have become a vehicle for political speech. Does everything have to be politicized in this way? Oh… wait, actually it does. This is America in the 21st century, after all. Maybe we should all just start mining for Bitcoins and forget about it… who knows.

That said, the subject of politicization also comes up with regard to the President’s address tonight, which is expected to touch on income inequality, climate change, minimum wage laws, immigration, and of course, President Barack Obama’s willingness to overstep Congress and just do as he and his administration sees fit (something that just seems entirely too familiar… but we digress). Finally, we also take a look at how Anonymous have become the latest critics of the 2014 Brazil World Cup. And don’t forget to take a look at the most Orwellian text message ever sent while you’re at it…

Special thanks to Dan the Magi, Angie, Tony, and Betty June for supporting the program recently. You can support Middle Theory with a donation of any amount, which thus grants you access to the World’s Most Secret Society. You know it’s the right thing to do… and we know you’re already a big fan of the Mach Man. It’s time to take it to the next level.