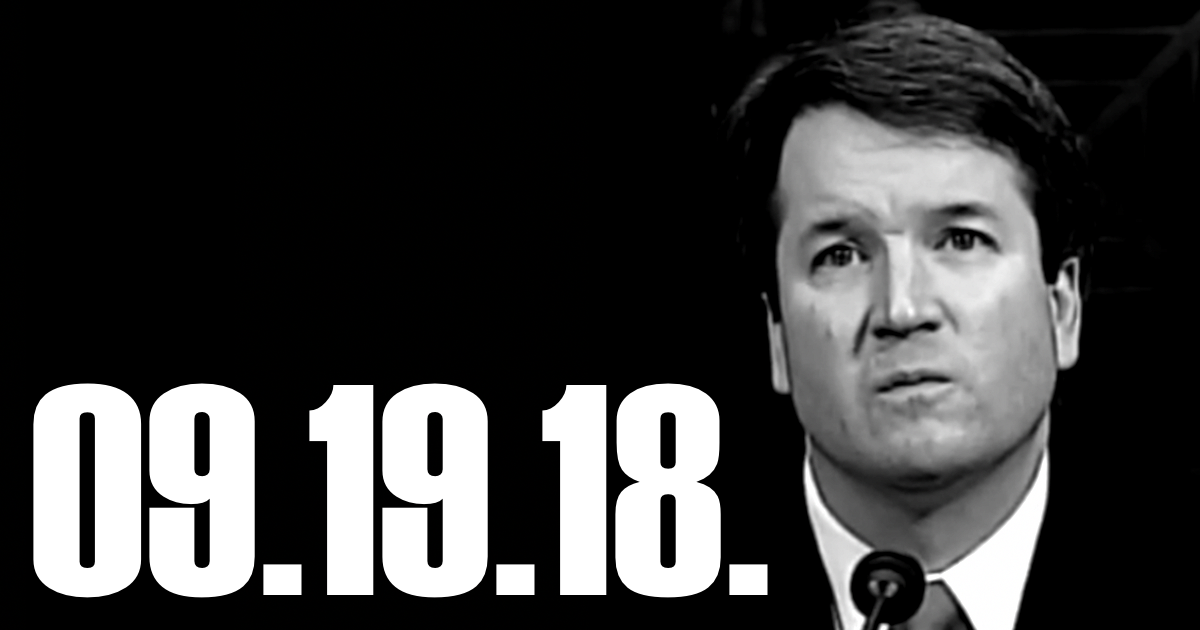 This week on Middle Theory, the controversy surrounding Supreme Court nominee Brett Kavanaugh reaches full-tilt, following a series of accusations of sexual misconduct against him.

This week we begin our foray into the nonpartisan center with a few updates pertaining to Hurricane Florence, which includes analysis of some of the more unusual news items pertaining to the historic storm. Among these were claims of price gouging in North Carolina, reports of looting in various affected areas, and a Weather Channel clip that went viral after a weatherman appeared to be exaggerating the intensity of the storm (equally funny is how the Weather Channel executives doubled-down and defended the reporter’s exaggerated storm reporting).

We also examine how the Huffington Post may have just blown the lid on bogus reporting by the Washington Post, who appears to have taken some pretty extreme liberty with facts as it relates to some of President Trump’s policies. Elsewhere, concerns about how European copyright laws could ‘Change the Web’ if they end up being passed.

Then getting to the MID, Supreme Court nominee Brett Kavanaugh has landed in hot water, with recent accusations of sexual misconduct leveled against him by Christine Ford, a former high school classmate. Ford claims that Kavanaugh attempted to rape her when they were teenagers while severely intoxicated at a party they both attended; however, many are questioning the political motivations of the entire affair, and several of Kavanaugh’s former classmates have contested the narrative Ford has come forward with decades after alleged incident.

What is the truth, and will we ever really learn what really happened? Or will the mere accusation of a sexual assault attempt – whether or not it is ever proven – derail Kavanaugh’s appointment to the Supreme Court? In a unique overlapping of Trump-era political concerns and the ongoing #MeToo movement, we examine the complicated elements pertaining to this case.