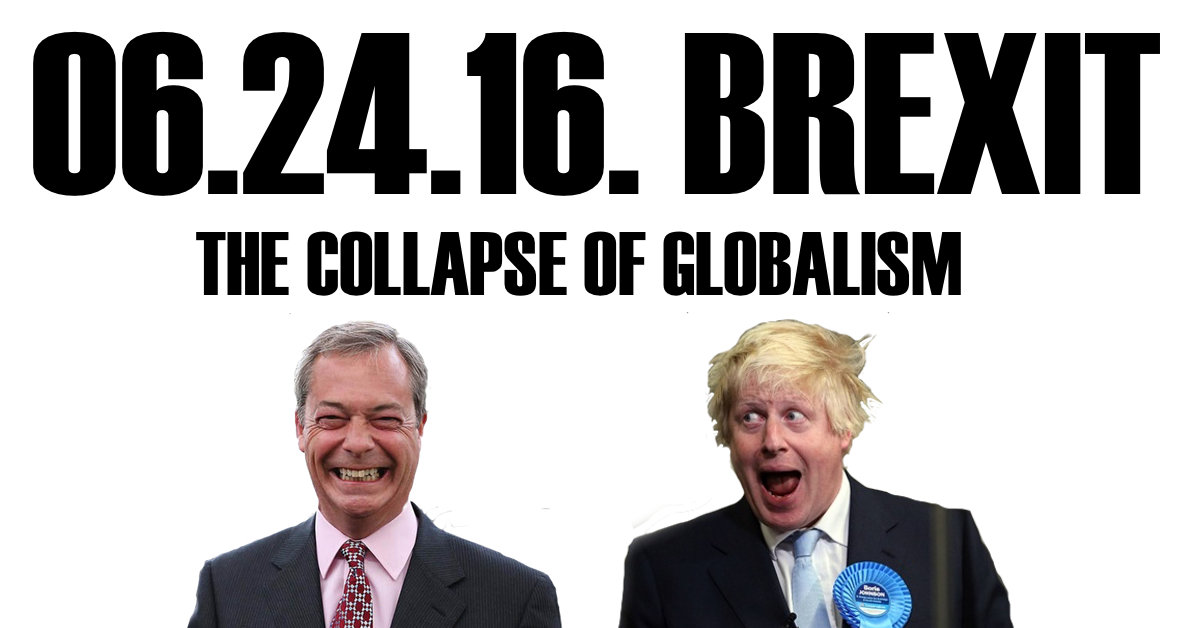 Yesterday, the people of the UK voted on the controversial British Referendum known as “BREXIT”. Today, in the aftermath of the vote, it has seemed at times as if the sky had already fallen… in other words: the fecal matter has hit the spinning turbine in the UK.

As we begin our analysis of news this week, we touch on the latest in the American political race, and see where the media has been going with the latest claims that Bernie Sanders will vote for Clinton… is this an endorsement? Elsewhere, new information involving the Orlando Pulse Nightclub shooter has surfaced, and we examine why the FBI says they can find no evidence that Omar Mateen was gay. Witnesses dispute this report, however, and the FBI reluctantly admits they also haven’t found evidence that he wasn part of ISIS; though one witness says friends of his turned their phones over to the FBI to back up their claims, but that the FBI kept the phones, and told them to stay silent about Mateen being gay. So what’s really going on? And why is the AP and other media agencies suing Orlando for phone recordings from the Florida shooting?

Then, getting to our big story this week, a landmark decision in British politics has led the world’s fifth largest economy to make the choice leave the European Union, leading to wide-reaching political ramifications around the world. Known as BREXIT, the results of this vote among the citizens of the UK may be one of the most significant turning points in global politics in modern times.

Here are the latest stats on the BREXIT situation: First, the British referendum voted to leave European Union in a decision that won 51.9% to 48.1%, amidst almost 34 million votes, a bit less than roughly 75% of eligible UK voters.

As he promised prior to the historic vote, Prime Minister David Cameron stated his intentions to resign, and hopes to have a replacement in office by October. Meanwhile, Leave Party chief Nigel Farage confessed on TV that LEAVE can’t/won’t actually do at least one of the big things they promised. Elsewhere, live updates on Britain’s tanking economy indicate the following dives within the last 24 hours in the hours following the BREXIT vote:

Finally, the Oakland Police Department is falling apart amidst a recent child sex scandal, that involves murder, cover-ups, and institutional racism. To-date, three police chiefs have been fired in the past 9 days, one officer’s wife allegedly committed suicide, and as fellow officers investigated crime scene, no gunpowder residue was found on her hands; subsequently, her husband then claims his own life, leaving a suicide note where he confessed to involvement in the department’s unlawful child sex operation.