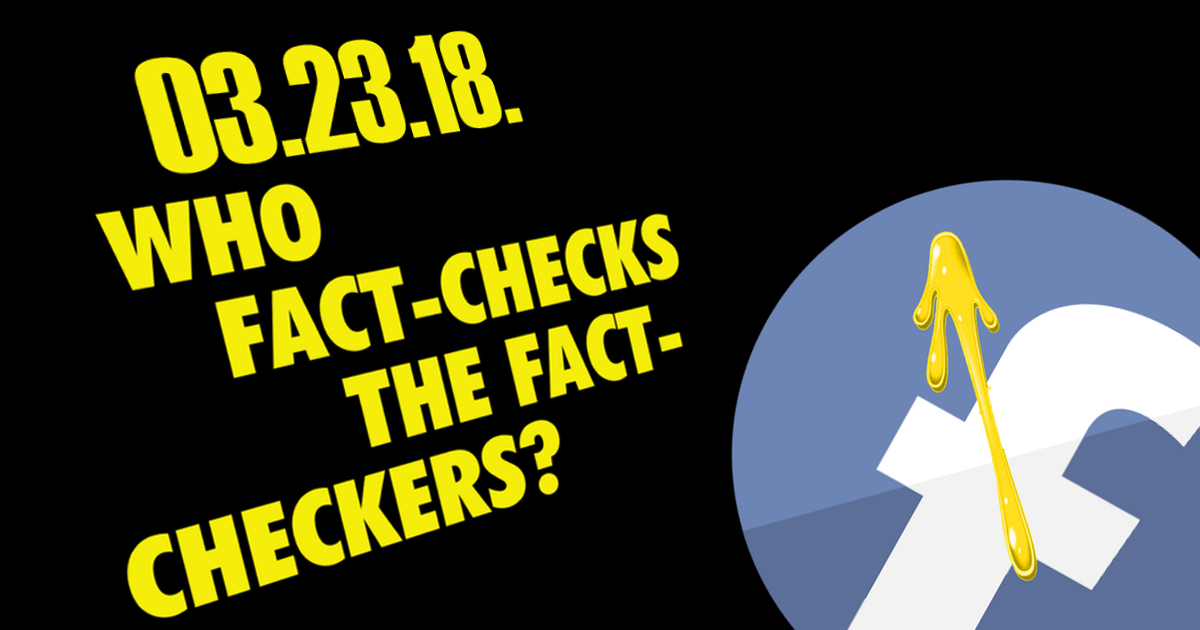 This week on Middle Theory, we examine the ongoing controversial use of Facebook by Cambridge Analytica, and the repercussions that the social media giant is facing because of it.

Before trying to figure out who fact checks the fact checkers though, we discuss a number of topics, some opinion-based, and some news analysis. We begin with a short discussion on drinking culture and bad cocktails masquerading as diet-friendly beverages in order to dupe consumers into drinking the equivalent of a can of coke when there’s a perfectly good vodka soda option available. It’s a topic the hosts feel passionately about.

Moving on from snorting tequila up one’s nose and drinking McCocktails, we spend time going over CNN’s decline from news to opining, and listen into Chris Cuomo’s interview with Ted Cruz about gun control and what’s in a name. We also have a flashback to an old Alex Jones interview with Geraldo Rivera on FOX News, in the aftermath of the Beltway Sniper.

Going into more current news, we talk about the HR 1865 “FOSTA” development which recently passed in the House, which will hold personal advertising websites liable for the criminal activity of their users. The goal of this is to reduce and hopefully eliminate an easy sex trafficking platform. In response, Craigslist has removed its Personals section, followed by Reddit doing the same. Looking at the other side of the argument in the corner of legitimate employees within the sex industry, we examine how the removal of the safety of the internet can jeopardize the safety and well-being of sex workers across America.

Turning to the big news at hand, the MID focuses on Cambridge Analytica and Facebook. Now disgraced Cambridge Analytica CEO Alexander Nix believes that his research firm positively influenced the election for the Trump campaign, while others believe that this is an, ahem, trumped up claim.

Cambridge Analytica isn’t the real story though – the real story is parent company Strategic Communications Laboratories (SCL), a London-based propaganda firm that contracts out to governments around the world, and holding close ties with the Conservative Party and British Royal Family. Multiple members of SCL’s board hold direct lines to the Queen herself, which begs the question: Did another country besides Russia have a vested interest in the American election?

The show is wrapped up with a look at the Southern Poverty Law Center’s claim about conservative feminist and accused fascist Christina Hoff Sommers, which prompted Portland University students to rally against her speaking appearance arranged by the Federalist Society, a conservative, not fascist, think tank. When will it end?