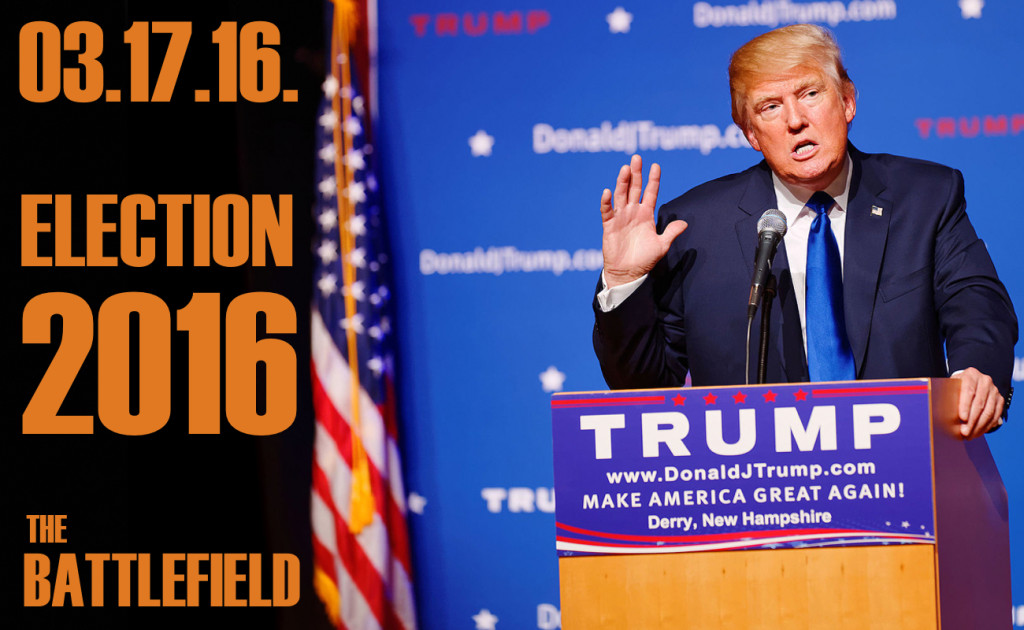 MORN, NOON, or EVE to you wherever you may be, members of the World’s Most Secret Society! On this special edition of Middle Theory, the 2016 political fracas is well underway, and hence, The Mouth and McNonymous are on the job, in like Flint, and locked and loaded with analysis of the field, the primary candidates, the criticisms against them, and our projections for what this could mean for America.

As this primary season has unfolded, it is become evident that the American populace has become increasingly disenfranchised with the establishment, and it’s prospective presidential hopefuls. In response, while Donald J Trump surges at ahead as the republican front runner, others are”Feeling the Bern” as Vermont Senator Bernie Sanders presents a formidable opposition (progressive neocon-establishment elitist) Hillary Clinton.

Elsewhere, text moguls and officials on both sides of the political fence have Rich treated to a secretive location of the Georgia coast, where a meeting has been underway to inshore that the anti-establishment movement doesn’t gain further traction in the months leading up to November’s election. What is the modus operandi of the “Sea Island Gang,” and what is it’s relationship to the famous “Round Table Group” that Georgetown University history professor Carroll Quigley wrote about?

We discuss all this, and more on this episode of Middle Theory. Finally, here are a series of links to articles featured in this special election coverage episode: