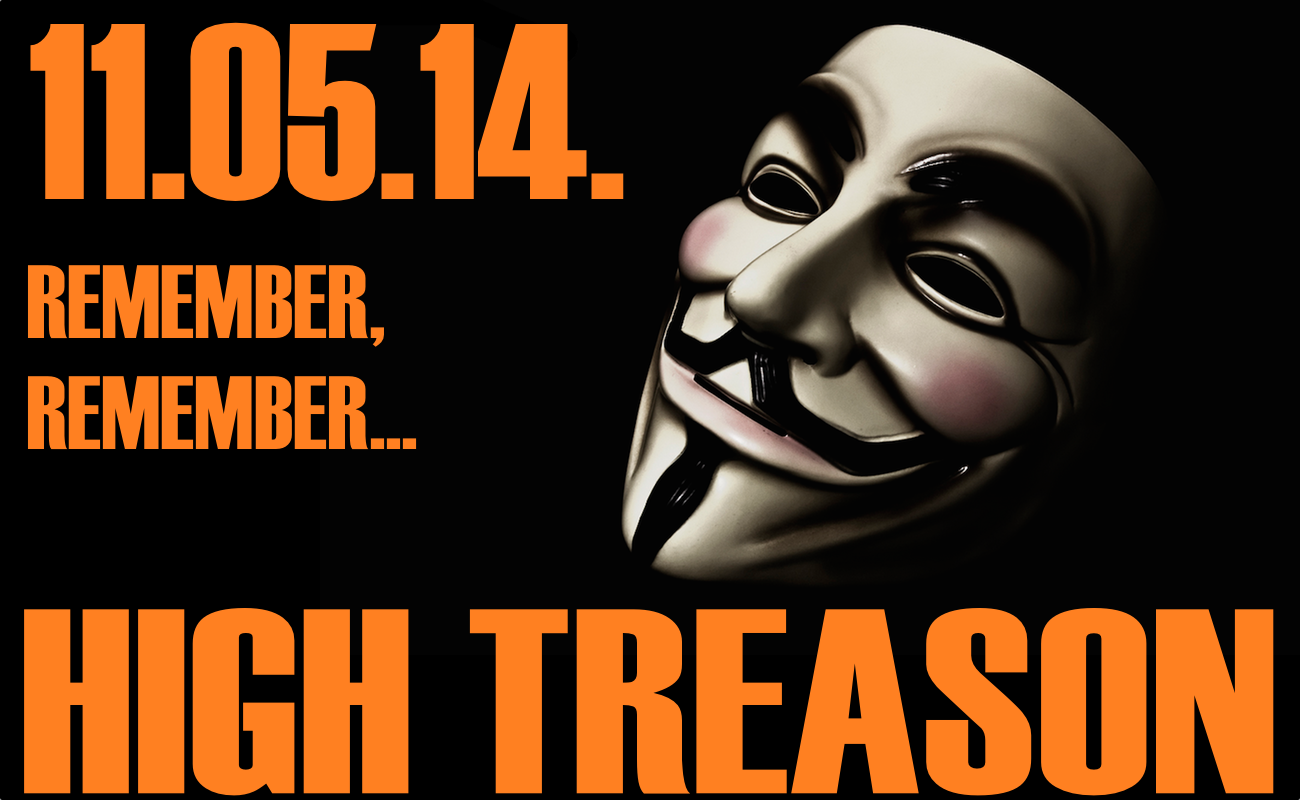 The Fifth of November arrives again, and on this momentous and historical holiday, we examine the results of the mid-term election, which was, quoting President Obama, “a good night for Republicans.” That, in fact, may be the understatement of his presidency… and it has Ron Paul worried, among others.

We also examine reports of a woman, possibly suffering mental distress, who attempted to claim the lives of her children–and herself–by driving off a cliff. The reason: the “Illuminati” had been chasing her, she said. Also of interest, Glenn Greenwald says he had “another source” apart from Edward Snowden.

However, with the memory of this singular date, we waste little time in shifting our focus over to a history of treasonous acts in history. Beginning with the famous gunpowder plot, we move along to discussion of the Declaration of Independence itself, as well as the famous traitor Benedict Arnold. A lesser known (though highly strange) conspiracy deals with Aaron Burr’s apparent plans to become king of the lands west of the colonies in the early 1800s. We then look at what is arguably the most famous assassination attempt on Adolf Hitler, portrayed in the movie “Valkyrie” starring Tom Cruise. Then we move along to discussion of the Korean War, and allegations of a conspiracy against the U.S., as alleged by general MacArthur who was relieved from duties for his views on an eminent war with Communist China. Which leads us, finally, to Vietnam, and a subject which will no doubt be one for future discussion on the podcast…

Special thanks to James Passanante for sending along his DONATE this week. To learn how to follow Middle Theory online, or to pledge a small amount in support of what we do, simply use the buttons on the right side of the page, which include our PayPal “Donate” button, as well as links to Middle Theory on Twitter and Facebook.