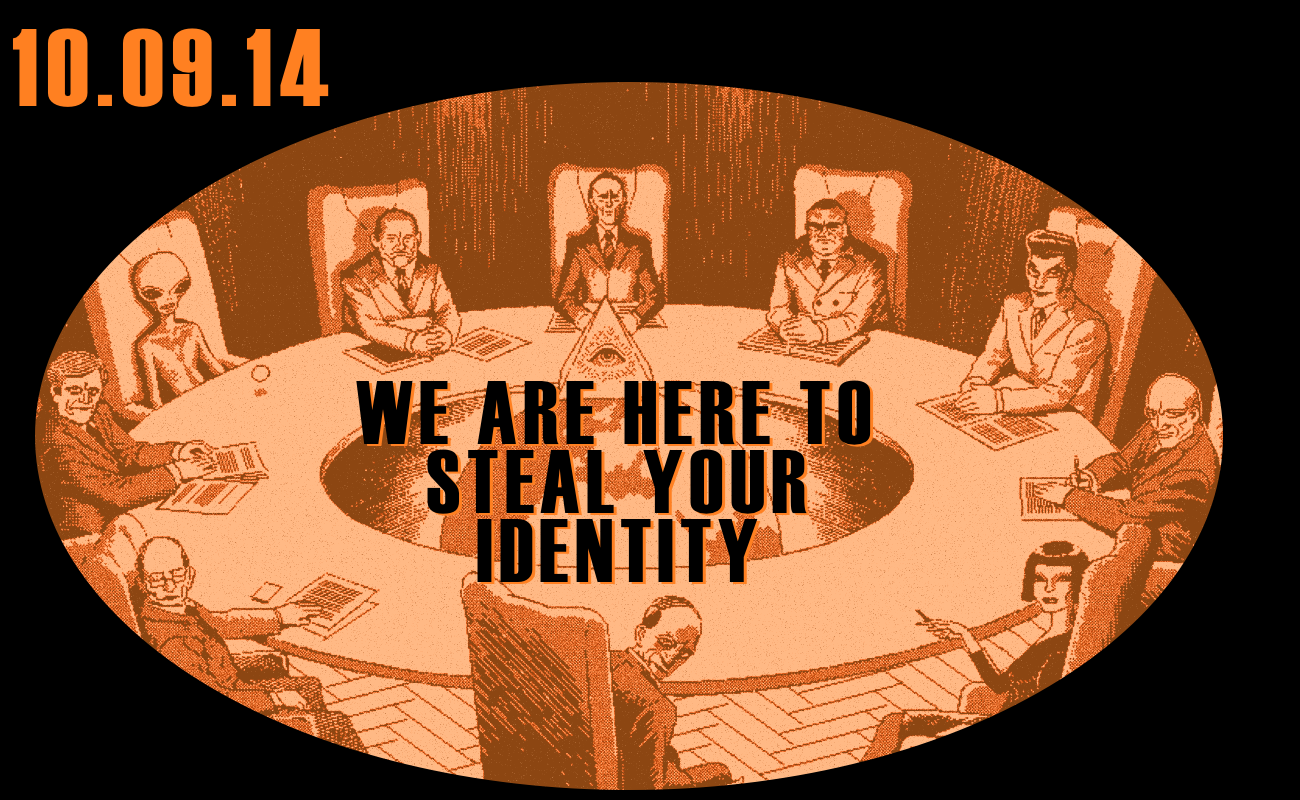 Illuminati who? Apparently, some so-called ancient multi-national secret society has been making headlines recently, with claims from a highly reputable source that the group plans to strike again in November, this time with a plot that includes Bitcoins, 3D printing and ‘Smart Dust’… whatever the hell that’s supposed to be. Whomever these impostors are, they aren’t fooling the members of that most erudite and secretive fraternal order that Middle Theory listeners know all-too-well. Has our secret society fallen victim to an attempt at identity theft? More on that subject later…

Now, do you think there’s an ebola conspiracy? Well apparently health officials in Texas are wording their press releases in obvious anticipation of this… so what are we to make of an official statement presented in the Lone Star State that compares ebola “conspiracies” with the Kennedy assassination? If you think that’s weird, wait until you hear about actors with fake ebola symptoms showing up in New York emergency rooms…

Stephen Collins, actor who played a famous Pastor-dad on TV’s ‘Seventh Heaven’ has become the target of molestation inquiry, while his wife alleges that he had a “secret life,” and that there may have been other victims. Gunshots heard at the actor’s home prompted a police investigation soon afterward, and while no deaths were reported, one of the co-stars of the program, Sarah Goldberg, did actually die, coincidentally, at age 40.

The hot story this week: many of us are aware of all the concerns about Identity Theft, but what happens when the government decides it’s kosher to impersonate somebody in an online forum, such as Facebook? That’s precisely what happened to Sondra Prince, whose phone was confiscated in relation to her suspected involvement with heroine trafficking, which was then used to obtain photos (some of them rather racy, others depicting minors) which were posted to a phony Facebook page DEA agents used to impersonate her. That’s almost as disconcerting as the fact that, as most of us know already, the NSA’s massive surveillance programs are essentially conducted without any Congressional oversight.

In other news, a German journalist has come forward and says he was supported by the CIA, which encourages media to spread anti-Russian propaganda. Also, in North Korea rumors of Kim Jong Un being overthrown are all the rage (Update: And as had been discussed on the show, Kim Jong Un failed to appear at a celebration for the 69th anniversary of the founding of the Korean Workers’ Party today).

And finally, you may also enjoy this Venn diagram Al Jazeera has provided showing various aspects pertaining to air strikes and relief aid provided by various countries against ISIL.

Special thanks to Jessica Kendall, Tom Lesinewski, and Betty June Farkas for supporting Middle Theory this week with donations… thank you for your Donates. If the spirit of our gelatinous majesty should so incline you, our dear listeners, you may use the “Support Middle Theory” button over on the right hand side of this page to send along your own gratuities for the work we put into this show each week… we appreciate it more than you know.

Find us on Twitter, or on Facebook, or you can email us too. MORN, FELLOW SOCIETY MEMBERS.