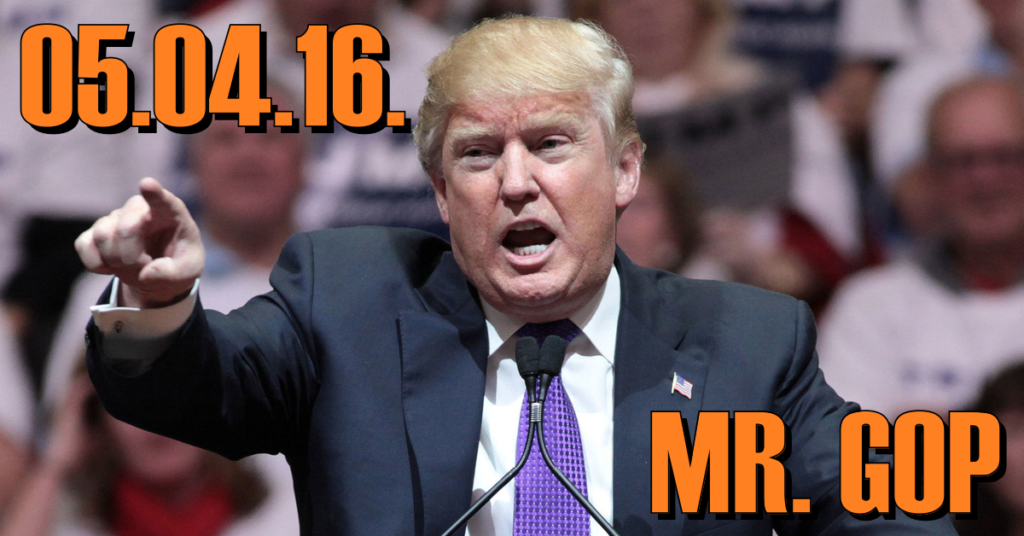 May the Fourth be With You… Always. After all, this week you may need it.

That said, our story begins a long time ago in a galaxy far, far away… 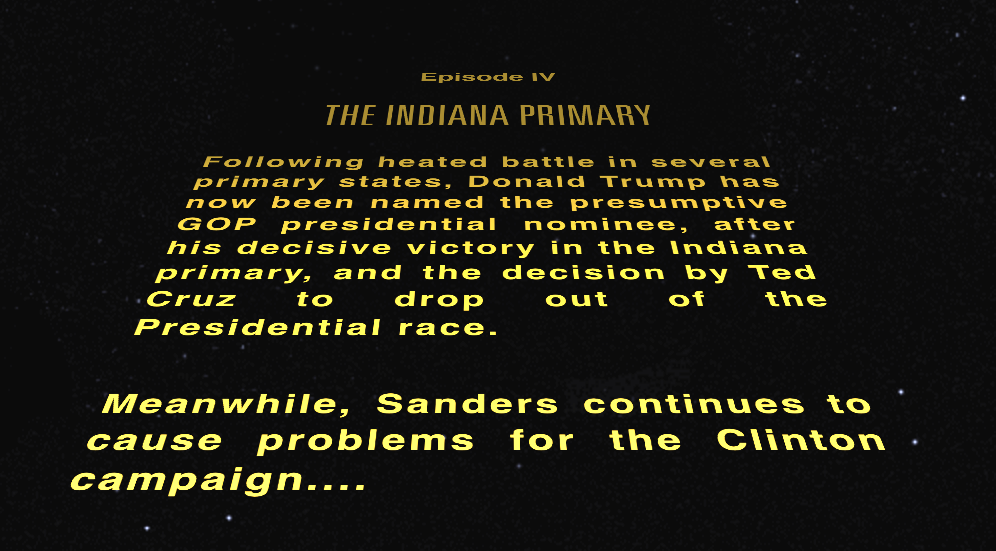 A smashing win amidst Indiana’s GOP primary has led to Donald Trump’s chief competition, Ted Cruz, swiftly withdrawing from the race, followed by a similar announcement from John Kasich the following day; this leaves Donald J. Trump as the presumptive 2016 GOP nominee.

We begin our breakdown of what took place Tuesday night (following a brief acknowledgement of the presumptive Star Wars Day slogan, “May the Fourth be with you”), with an analysis of Cruz’s departure, and the quick change in demeanor we see in Trump afterward. Trump has, for instance, toned down his rhetoric almost instantly, and GOP party leaders are now beginning to cozy up to him in advance of the ensuing election. In addition to the surprise capture of the GOP by Trump, we examine some of the unusual claims that have peppered the campaign trail, which include the insinuation that Ted Cruz’s father had been involved with the JFK assassination, as well as a “behind the scenes” look at what some members of the media have agreed to do with Trump as far as asking “hard questions” on camera.

We then examine recent developments in the world of unelected bureaucrats are spiking taxes, as well as the CIA director claiming information that may link Saudi Arabia to 911 could be “inaccurate”, along with President Barack Obama’s admission of failure to even read the relevant portion of the aforementioned document.